After years of battling his mental health, Alex Staniforth realised, through adventure, that he didn’t have to let it define him. Now, after a journey full of ups and downs, he is determined to help others feel the same.

At 8 years old Alex Staniforth, adventurer and endurance athlete, was diagnosed with epilepsy. Along with the condition, Alex developed a stammer which led to OCD, anxiety and panic attacks.

“I was relentlessly bullied at school and just a general lack of confidence and low self-esteem left me a nervous wreck having gone through that at such a young age.”

Alex also admits that he was not an active child, explaining how he ‘hated sport at school.’ 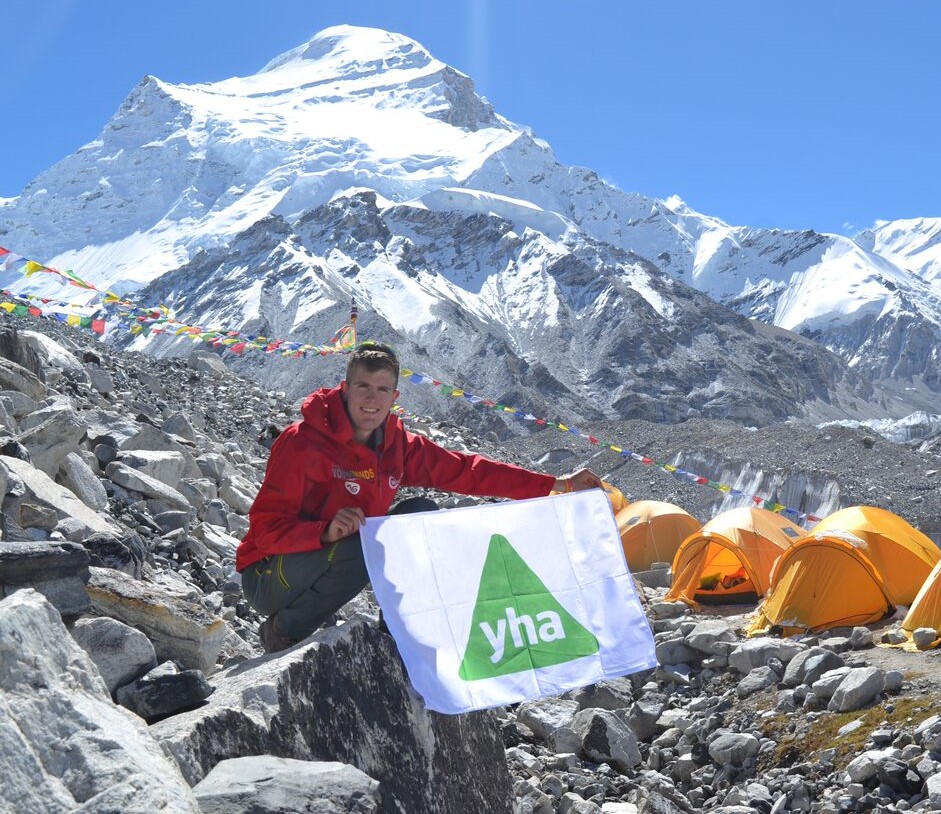 But it was on a family holiday to Turkey that Alex decided to try paragliding, and his attitude towards sport, and outlook on life, completely changed.

“I decided to paraglide off a mountain in Turkey and that one decision really changed my life. For the first time, I realised that I could achieve anything, it didn’t have to be this way.

“I could fight back, and the outdoors gave me a way to prove myself and the bullies at school wrong.”

What changed for Alex was the sense of freedom, the lack of constraints and the belief that he could do anything he set his mind to, where it was just Alex versus the elements.

“You have two choices in life; the victim mindset or the victory mindset and I think that’s the liberty and the freedom.”

Alex went from victim to victory, with his new-born passion and love for the outdoors providing a safe space and coping mechanism in his battle with mental health.

Alex decided that his main goal, his purpose, was to reach the summit of Everest. But whilst chasing the mountain, he suffered numerous setbacks.

Alongside his adventuring, Alex had started road running, competing in distances from 5k to half marathons.

However, after suffering an injury, Alex was told he might never run again, let alone climb Everest.

It was through this set back that Alex developed bulimia.

“I lost control. I felt like I was back where I started and that lead me to anxiety and depression.

“I couldn’t run or exercise, so I focused on nutrition and eating like an athlete instead.

“I expect the very best, that all or nothing mindset, and I tried to take control of my diet and restrict certain things and bad foods which ultimately made me bulimic.” 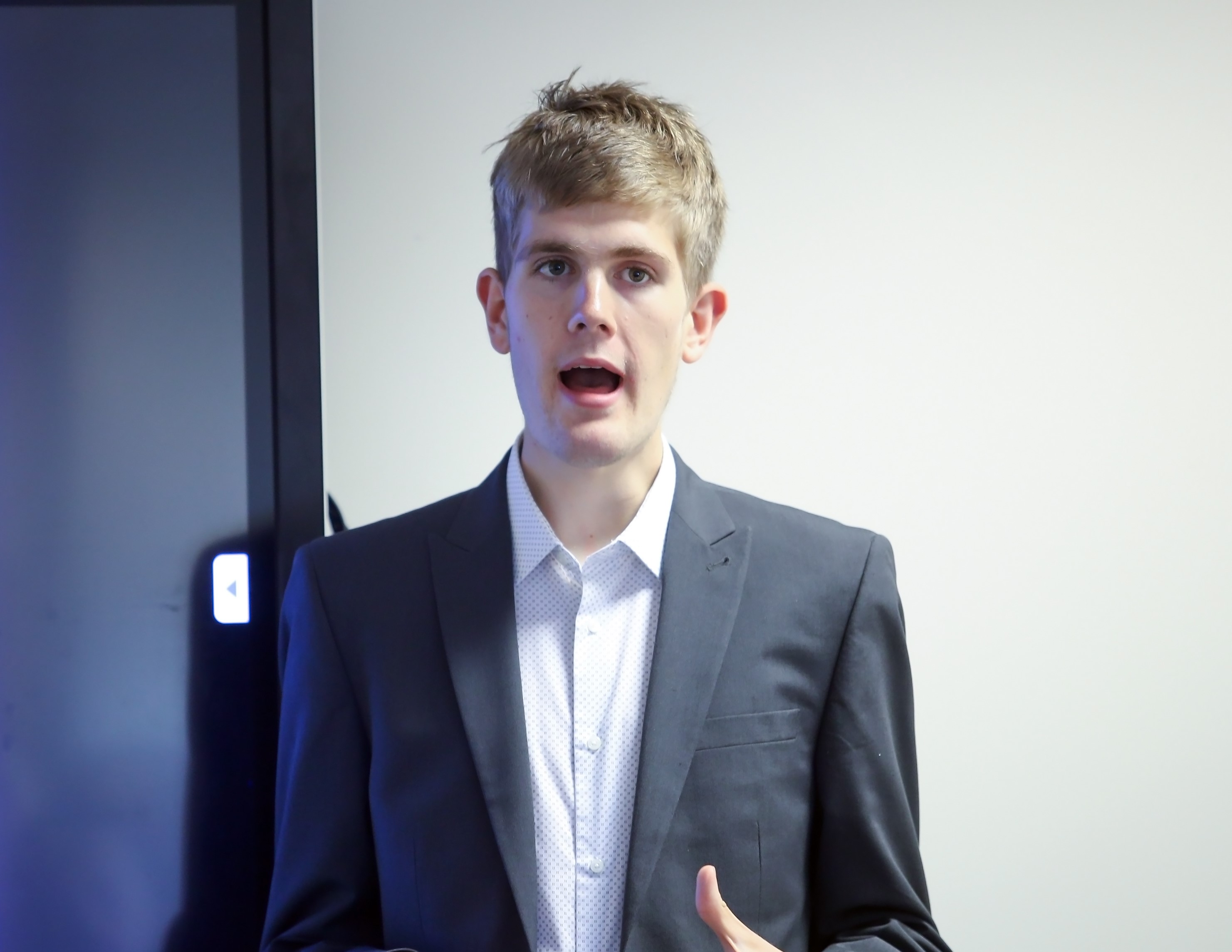 It is a battle Alex still faces, but after eventually recovering from the injury, he was not going to let it stop him from pursuing Everest.

His first attempt to climb the mountain was in 2014, at 18 years old. After raising £35,000 whilst still studying for his A-Levels, Alex headed out to Nepal to take on Everest.

“We got to base camp, but the day before there was a big avalanche in the Icefall which killed a number of Sherpas, so we had to pack up and go home without taking a single step on the mountain.

“We went back a year later, and this time we were on the mountain when the earthquake hit Nepal, and we were hit by an avalanche.

“It took the lives of three of our team and that was obviously a much closer call. I was very lucky to come back home. That showed me just how fragile life could be.

“You have two choices in life; the victim
mindset or the victory mindset”

It also proved to Alex that there was only so much he could control of, and that whilst it’s a risk to step out of your comfort zone, ‘the biggest risk is taking no risk at all.’

Alex was left with survivors’ guilt and began questioning why he had survived when many others had not. But again, rather than let the tragedy define and contain him, Alex helped raise over £40,000 for the survivors of the Nepal earthquake.

After attempting to climb another mountain in the Himalayas, Cho Oyu, he reached 7,200m and was forced to go down due to altitude sickness, and with Everest seeming out of reach he felt as though he had lost his purpose.

“It’s key to know what we’re doing and why. It was because I thought I’d lost my purpose I needed to really reinvent myself, without this mountain in my life.”

“I’ve realised reaching the top is a short-lived process because there’s only one way back down again.”

Alex realised that, throughout his pursuit of Everest, he had developed a new purpose and passion: helping others.

“My purpose is helping other people find their own Everest. I want them to realise that they can achieve or experience whatever they want, no matter what they might be facing in life.

“I decided to do something closer to home and what I could do to make a bigger impact.

“It’s key to know what we’re doing and why.
It was because I thought I’d lost my
purpose I needed to really reinvent myself”

“One big criterion was that I wanted something in the UK so that I could see more of my country and other people could come and take part, rather than it just being me on a mountain halfway across the world.”

Alex’s next challenge was born: Climb the UK. Alex set about climbing the highest point in each of the UK’s 100 counties. This involved cycling, walking, running and kayaking 5,000 miles in 72 days, almost entirely self-supported.

The challenge was in support of Young Minds UK and raised over £25,000 for the charity. But alongside making a positive impact on others, Alex finally got the sense of achievement he had yearned for since setting his sights on Everest.

“Reaching the final peak of the UK and completing a challenge, finally achieving something I had set my mind to where it was just me vs myself rather than me vs the elements, was the most incredible moment. It felt like the Everest summit that I’ve never had.”

Alongside Climb the UK, Alex’s work was recognised for a Pride of Britain Award, winning the regional prize and being shortlisted nationally.

Having raised over £80,000 for charity, Alex has found a new purpose in helping others find hope and build resilience to overcome their mental health battles and is determined to continue influencing positive change.

“I want to achieve something that’s bigger than me and create a legacy that will last longer than I will, to create an example that inspires people for a long time to come.”

In 2019 Alex released his second book, Another Peak, which explores the peaks and troughs of mental ill health through adventure and his Climb The UK challenge.

He has recently founded a social enterprise, Mind Over Mountains C.I.C, to improve mental and physical wellbeing, by building resilience through holistic outdoor experiences in the UK mountains.

“I looked down and realised I’d lost my left arm”

“Before you know it, you will reach your Everest”

“I am proud of who I am, I never had that before”