A NATIONAL charity set up to tackle male suicide has said the backing of two top British sports stars could be “invaluable” in encouraging more men to share their mental health issues.

If U Care Share was founded in 2011 by County Durham mum Shirley Smith after losing her eldest and much-loved son Dan to suicide on Easter Monday 2005.

Intervening to prevent suicides and providing family support after suicide, its staff also run workshops teaching those from seven to 25 the importance of mental along with physical wellbeing.

The charity, which works with the Premier League and League Football Education to address the issue at football league clubs across the UK, was recently joined by GB judo champion Lachlan Moorhead. 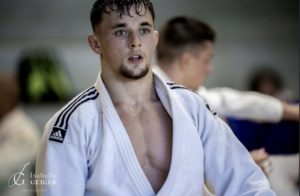 And now Olympic and World Cup medallist, world champion and five times national cycling champion Ryan Owens has offered his support in a bid to bring down rising rates of suicide among young men in Britain.

Ryan, who started competitive cycling when he was 13, said he has seen at first hand the devastating effect loneliness can have on young men.

“Loneliness sounds so unthreatening,” he said, “But it can be fatal and it’s crucial that everyone – but particularly young men, who aren’t necessarily used to expressing their emotions, can talk about their feelings.

“I feel so strongly about this that I wanted to offer practical help – not just sympathetic social media soundbites – and that’s why I’m really pleased to be supporting If U Care Share and the phenomenal work they do.”

Lachlan, a Grand Slam and multiple European medallist who started training in judo at age six, was just 11 when his idol, World Judo Champion Craig Fallon, died by suicide in 2019 aged 36.

“He was my hero,” he said, “and the best judo athlete to ever come out of Great Britain in my opinion.

“I barely knew him but what his death showed me was that often people who seem fine are struggling inside and my opinion is that we don’t talk about this often enough.”

Lachlan and Ryan were introduced to If U Care Share by Athlete Media Group – which represents athletes from a variety of sports, united in a desire to give back to society by lending their voices to a range of causes, from ocean plastic to bullying, sustainability and diversity.

Their support, said the charity, could “very well mean the difference between life and death,” with current figures showing male suicides are triple those of women.

Seventeen years on from her son’s death, Shirley still does not know what drove him to take his own life, “but we also know that 75 per cent of men that end their lives have no diagnosis, or history of mental illness,” she said.

“However, sport can reach people – especially young men –when other methods fail,” said Shirley, “which is why we are so thrilled to have Lachlan and now Ryan on board.”