“We would much rather one of us won than neither.” | Imogen & Saskia Sills
AMG stories Min Read

Sporting siblings is a widely acknowledged phenomenon in sport, but what is it like when your training partner and competitor is also your twin? The Athlete Media Group talks to the Sills twins, Imogen and Saskia, on how their relationship has prepared them for wins on the water.

Many children follow in their parents footsteps when it comes to sporting fame – think Liz McColgan and Eilish McColgan, Chris Eubank and Chris Eubank Jr., Keke Rosberg and Nico Rosberg – the list goes on. Windsurfing is clearly a family affair for twin sisters Saskia and Imogen, but the sport was not an inherited past time: “Everyone thinks our parents are ex-windsurfers or ex-sailors but they’re not. Mum hates the water and to be cold and wet.” 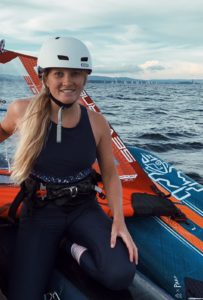 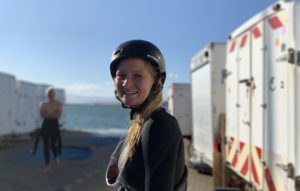 Though they describe their parents as “outdoorsy”, water sports was not originally their interest. Instead, it was older brother Sam who started the trend. “I looked up to my brother all the time and wanted to do everything he wanted to do. So I followed in his footsteps and loved it.” Saskia explains. One year later, Imogen followed suit. Although they are identical in appearance and voice, the two both possess differing personalities which has led them down different career paths. Whilst Saskia has been competing for over 10 years consistently, Imogen has participated as an athlete for team GB and as a coach for the Norwegian junior team. 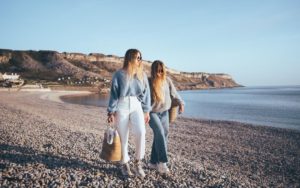 As well as sporting parents, siblings in sport are particularly common and there are many theorisations as to why this may be. Saskia and Imogen have their own theory however. “You always have each other” is perhaps one of the most important factors. Even when the training gets tough and lonely, you always have someone to talk to and train with. They believe that “you can’t really get to excellence on your own’, and they couldn’t be more right. The creation of a high performing athlete is not down to the solo efforts of one person, but requires a supportive network and a good training team – this becomes automatic when your twin is riding the waves with you, day in, day out. 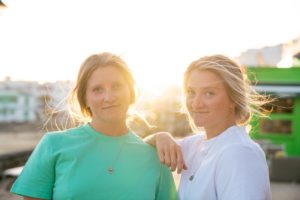 Many suggest that rivalry is a key trait amongst siblings, with competitiveness leading to hopes of out-doing one another in sport. Judy Murray, mother and former coach of tennis stars Andy and Jamie Murray, revealed in 2017 that the competition between her sons had always “been a challenge”, with Andy frequently trying to beat Jamie in competition. The success of the Murrays is often pinned on their determination to beat one another, with Judy telling tennisworldusa.org that “sibling rivalry is a great thing”.

This couldn’t be further from the truth for Imogen and Saskia, who prefer to raise each other up instead of trying to knock each other down. For them, a win feels like a victory for the both of them, as although they are separate individuals they come as a team: “we would much rather that one of us won, rather than neither of us winning.” Even when only one twin manages to gain a top 3 position, to them it feels like they have both won. 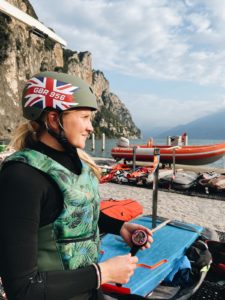 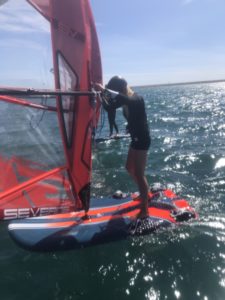 But is there any science behind this sporting phenomenon? According to multiple research reports, there is overwhelming evidence that having a sibling who plays your sport increases your chances of sporting excellence. According to some studies this is because siblings can directly influence development by acting as social partners and role models, and also can lead to better co-operative skills. There is also evidence that siblings in sport are great sources of emotional and instructional support.

The driving force of their determination is the vision that one of them may get a podium position. In an ideal world the twins achieve 1st and 2nd, but it is not always the case – the worst case scenario is ever threatening, where one twin comes 3rd and another marginally misses out with 4th. This happened at the European Championships in 2013, and Imogen recalls it being their “worst nightmare”. After this event they worked harder than ever to rebuild, irrespective of opinions and speculations on how they ought to compete against each other. 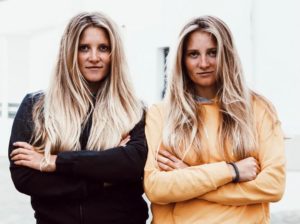 Another key approach which the Sills have harnessed is making sure that they leave their ego at the door. In doing so, they have found that they can work more harmoniously, whether this be as sisters in sport or as part of a wider team. Saskia recalls how she was able to learn from Olympic bronze medallist Bryony Shaw, a seasoned athlete in British sailing. She found that if she could put her competitiveness aside and keep her ego in check, herself and Shaw could work together towards real success: “you need to let go of all the egos and any kind of bad energy” if you really want to work on yourself and help others thrive. A “fully trusting relationship” is essential says Imogen, and one that they have refined between themselves. 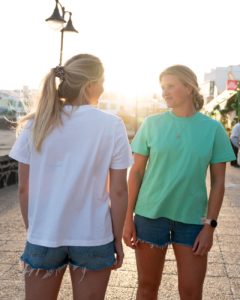 Going forward, the twins are hoping that one of them will get selected for the Olympics in 2024. The selection process will be nail-biting, yet it is evident that no matter what the outcome, they are ready to take it in their stride. The Olympics is not their only focus either, with the European and World Championships on the horizon: “We’re aiming high for all the events on the 2021 calendar!”. Saskia and Imogen’s relationship is a constant working process, however as their performances on the international scene can attest, it is going extremely well so far.