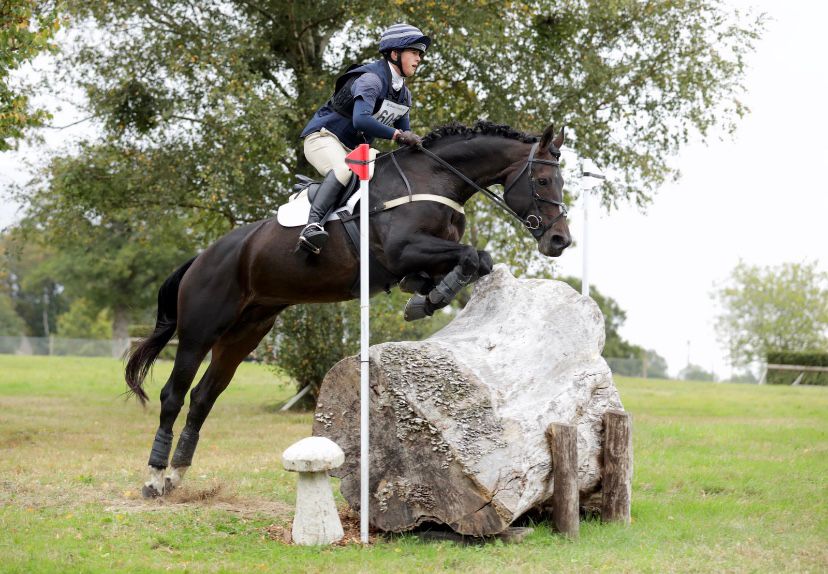 Archie Humfrey is a British 18 year old (06.04.04) event rider, based in Hildenborough Kent. He has ridden since the age of 10 and is now, more than ever, determined to make his mark and succeed as an up and coming rider.

For the last 3 seasons, he has competed as part of the U18 British Eventing programme, and have been fortunate in achieving many successful results nationally which earned him a place on the 2021 South-East eventing team. He has competed up to 2* level and was the winner of the highly contested South of England Horse Trials Novice U18 section in the autumn of 2020. Similarly, in 2022 he just been reselected for the South East team to compete at the International Youth Championships for 2022.

In education terms he has just finished his time at the Judd School, Tonbridge, Kent and is hoping to go to university to study chemistry!

His current horse is a 10 year old Dutch warmblood called Hokus Pokus. Although they are in our early stages as a partnership, Archie is confident he has the ability to progress up the levels quickly as he has plenty of scope and ability. Already, they have achieved some fantastic results this season, including a win in the competitive 100 u18 section at Chilham Castle in April, and he has his eyes set on a place on the U21 European eventing team in the next couple of years.

Amongst championships, they compete across the nation regularly from March until October, and behind the scenes a lot of training and preparation takes place so that Archie can give himself the best possible chance of achieving good results. He trains regularly with 5* event rider Tom Crisp, as well as Olympic dressage silver medalist Michael Eilberg and has also gained experience with eventing icon and legend, William Fox-Pitt.

Archie is also a member of the West Kent Sevenoaks Pony Club and has represented them nationally to a very high standard at the open eventing championships last year. It all started with them and he is grateful for the opportunities and support that he has been given. He achieved the highly respected AH test (horse care and management exam) in January this year with distinction which is something he is very proud of. When he is not riding or looking after his horses, he is a keen musician playing both the piano and organ. He has achieved grade 8 piano and plays the organ regularly at various local parishes.