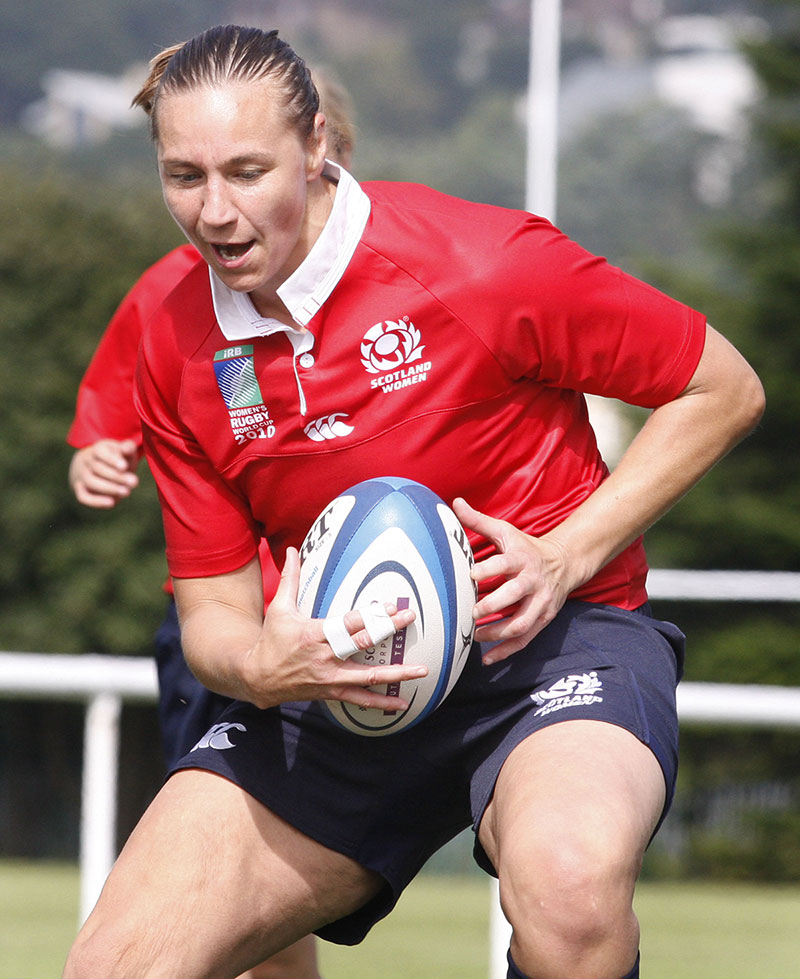 The world record caps holder in the women’s game from 2004-2016 with 115 Scotland caps – Donna Kennedy’s legacy in the game of rugby union is not just down to her longevity, but also due to the leadership and tenacity she brought to her many years in the Scottish shirt.

Kennedy made her debut in 1993 against Ireland in what was Scotland’s first ever women’s international. A year later, the Scots hosted the 1994 World Cup and that event, won by England, provided the platform for women’s rugby to take root north of the border.

That Kennedy, then 38, was part of the tournament in 2010 was something of a surprise as the back row “retired” from the game after the last tournament, in 2006, but was persuaded to rethink for the next year’s Six Nations, before announcing her retirement again a year later. She just couldn’t keep away!

Kennedy, who won the IRB/World Rugby women’s player of the year award in 2005, was at the forefront of setting high standards for her country. It was no coincidence that her career in the back row coincided with an era where Scotland were often feared for their prowess up front with Kennedy regarded as one of the toughest players in the game.

She has made a successful transition to top level coaching with Premiership side Worcester as Director of Rugby and she has been involved in numerous Scottish national team set ups.

A huge servant not just for her country but for the entire women’s game, regardless if her record caps holding is ever surpassed, she is a true icon of the sport.

She was more recently inducted into the Scottish Rugby Hall of Fame in 2018 & became a member of the Rugby Centurions.