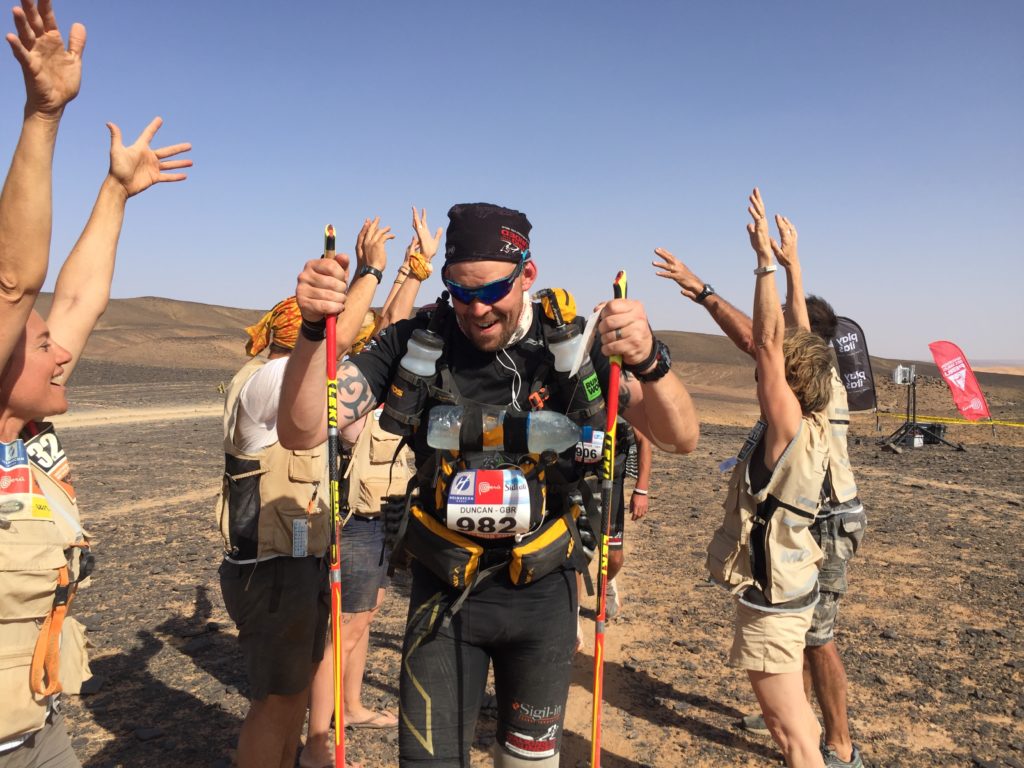 Duncan is a wounded military veteran who became the first ever double amputee to race to the South Pole as part of Walking With The Wounded’s expedition team in 2013. He has also become the first double amputee to compete in the world’s toughest marathon Marathon Des Sables in 2017. Duncan has raised invaluable support and funds for the charity.

Duncan joined the RAF at 19, enjoying a range of posts across the military. In 2009 Duncan was on patrol in the Helmand region of Afghanistan when the vehicle he was travelling in hit an IED. Duncan was thrown forty feet by the impact and suffered breakages to his legs, ankles, ribs, lower back, shoulder blade and left arm. The only unbroken part of his body was his right arm. After 12 months of rehab it became clear that both legs must be amputated in order for Duncan to be able to walk pain free.
After being injured in Afghanistan, Duncan is determined to prove the doubters wrong and show that limitations are only in the mind. He also hopes to give inspiration to others in similar situations and is the First Ambassador to the British Citizen Awards.