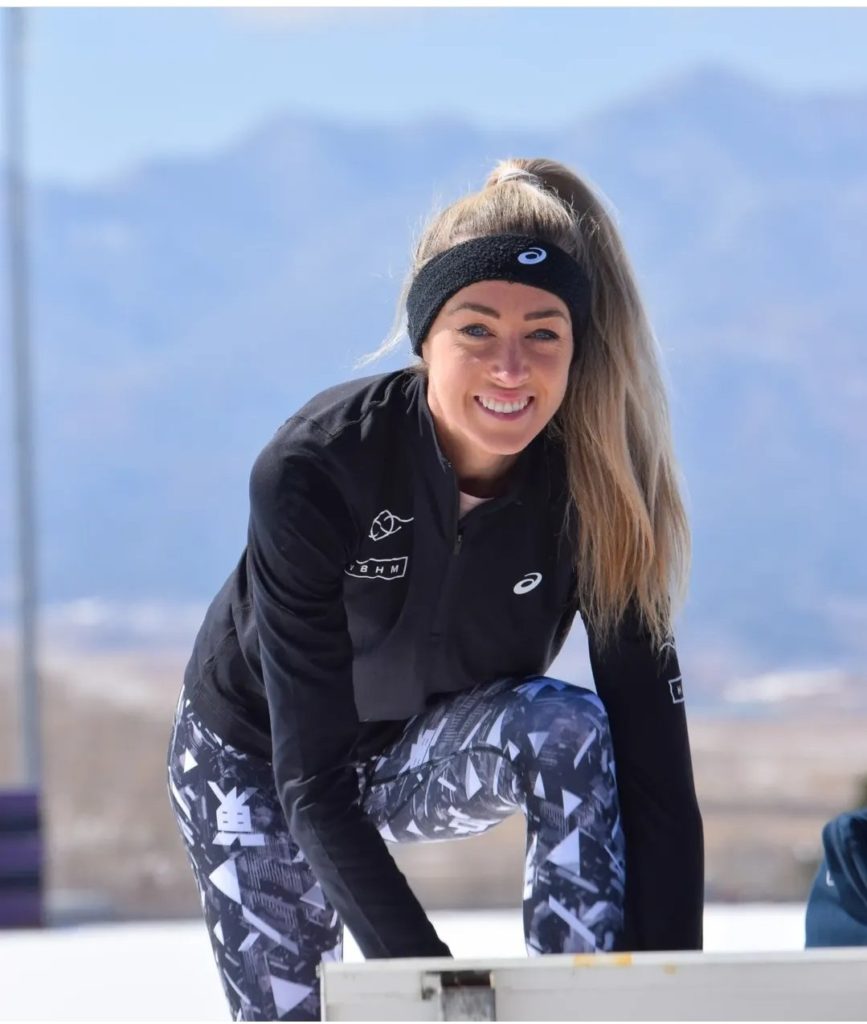 Eilish McColgan is a leading Scottish middle-distance runner who represented Great Britain at the 2012 and 2016 Olympic Games. She also represented Scotland at the Commonwealth Games in 2014 and 2018 & has been selected for the 2022 Games in Birmingham.

She won the silver medal at the 2018 European Athletics Championships in Berlin in the 5000 metres and has broken numerous long-distance British & European records already in the 2022 outdoor season.

The daughter of famous athletes, Liz and Peter McColgan, Eilish is coached by her mother, a former Olympic silver medalist and 10,000 metres World Champion. Under her mother’s able guidance, Eilish has achieved much recognition as a middle-distance runner.

She works hard to create a name for herself, away from the shadows of her much renowned parents. Today, she is inspiring millions of young women and encourages them to achieve their goals with hard work and determination. Eilish is a well-educated woman as well; she studied mathematics and accountancy at University of Dundee before embarking on a full-time career as an athlete.

Eilish and her partner, Michael Rimmer, recently launched their not-for-profit foundation, Giving Back To Track, which is aiming to help women and girls between the ages of 16 and 22 to fulfil their athletic potential, offering bursaries, sports clothing and career advice.