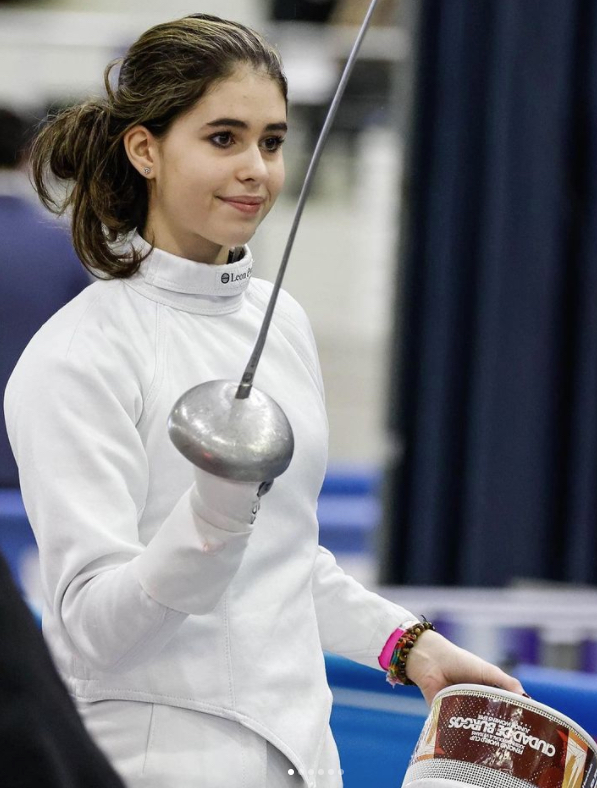 Hannah started fencing at the age of seven, after watching fencing at the 2012 London Olympic Games. She is now ranked number one in UK Cadets (under 17) and number two in Juniors (under 20).

After winning Gold medals at British competitions in 2021 in Birmingham and Manchester, she also competes internationally for Team GB.
Fencing is a sport, Hannah says, that should be much wider known. She loves competing and fencing, as it teaches her how to focus and perform under pressure to the highest level. “But there is nothing like winning.”

Hannah now trains five times a week and her goal in the years ahead is to compete for Britain in the Olympics. She is a sixth-form student at Yavneh College, a non-selective state school in Hertfordshire, and will take her A-levels in summer 2023.

Hannah’s story is an inspirational example of how dedication, ambition, focus and resilience can take a young sportswoman to a very high level of success.