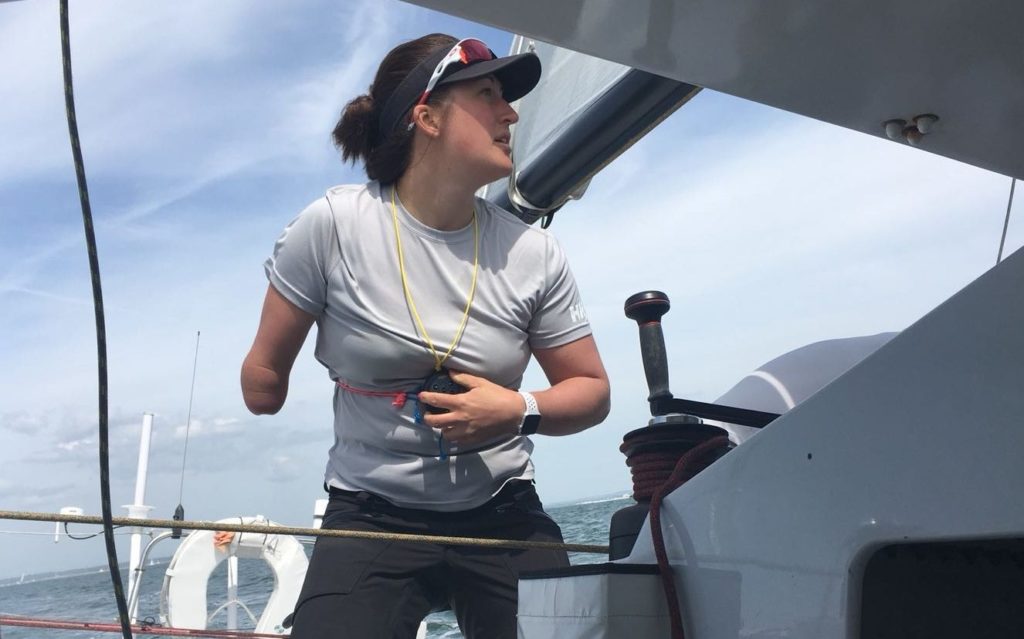 Hannah Stodel is a British Paralympic sailor and has represented Great Britain at three Summer Paralympics.

Over a 16 year career, she has been a three times World Champion and four time Paralympian. With her colleagues, John Robertson and Stephen Thomas, she has won multiple medals in the Mixed Sonar class at the Disabled Sailing World Championships.

Growing up on the East Coast of England, sailing became a way to show her independence and escape bullying. With a fierce determination and a “never give up” attitude,, Hannah has taken on the world from the water.

Hannah is currently preparing for her greatest challenge yet, her personal “Everest”, the round-the world Vendée Globe in 2024 – driven by a strong purpose to put para sailing on the map in a sustainable way. She has recently joined Clean Sailors as an Ocean Ambassador to protect the oceans and raise the game of her sport.