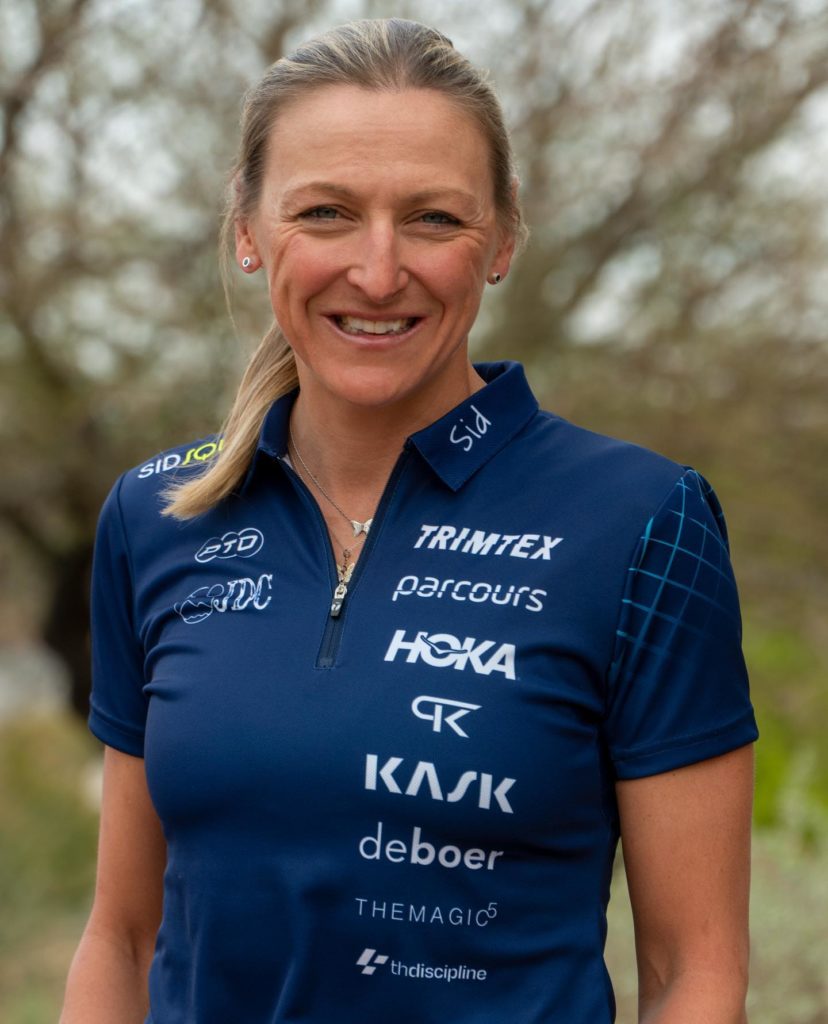 One of the most prolific Iron distance athletes in the world, a 4-time Ironman Champion, 2018 ETU European Long Course Champion, and the fastest British woman in 2016 and 2017. A truly world class, highly driven Professional Triathlete.

British by background, and playing sport from an early age, Laura has represented England in Athletics and Netball, before finding Triathlon after she moved to Sydney. Laura has a First Class degree in Mechanical Engineering, and served as an Officer in the British Army, before several years in the Corporate world working for large multinationals.

A truly global athlete, Laura trains and competes around the world, gaining exposure in Asia-Pacific, Europe, UK and the USA. Laura emerged from a complete beginner in the sport, to 4-time Amateur World Champion, and into the global spotlight with Professional wins across the world, and is one of the top females in the World.

A role model, especially for women in sport and business, an UNLOCKED 2022 Athlete with the Women’s Sports Trust, and avid supporter of the Challenged Athlete Foundation. Laura volunteers, supports and works with local communities and projects around the world. Recently setting up a partnership between Soles4Souls and Challenge Family and Soles4Souls and Neuff-Red. As well as launching Sid’s Squad supporting, mentoring and providing a community for young female triathletes on their journeys in sport. Laura was also the reserve guide for British Paratriathlon Visually Impaired athletes, for the Tokyo 2020 Paralympic Games

An advocate for Sustainability, Laura sits on the British Triathlon Sustainability Commission, as well as being a Maikai athlete connecting corporates and athletes into action around the UN 17 SDG. Laura is also a member of the Professional Triathlete Organisation (PTO), Anti-Doping Committee, and most recently was voted, by her peers, onto the PTO Athlete Board.

A corporate and public speaker integrating her experience in elite sport, with her corporate and military background to deliver Peak Performance seminars to multinationals and organisations from all industry sectors. A sports commentator and host for many races and events around the world.
A growing identity among triathletes who almost universally refer to her as Sid or LMSid, A developing online community, as regularly asked to provide opinion and articles to several media publications , as well as through her own podcast segment Sid Talks, on various podcasts, but currently Triathlon Magazine.