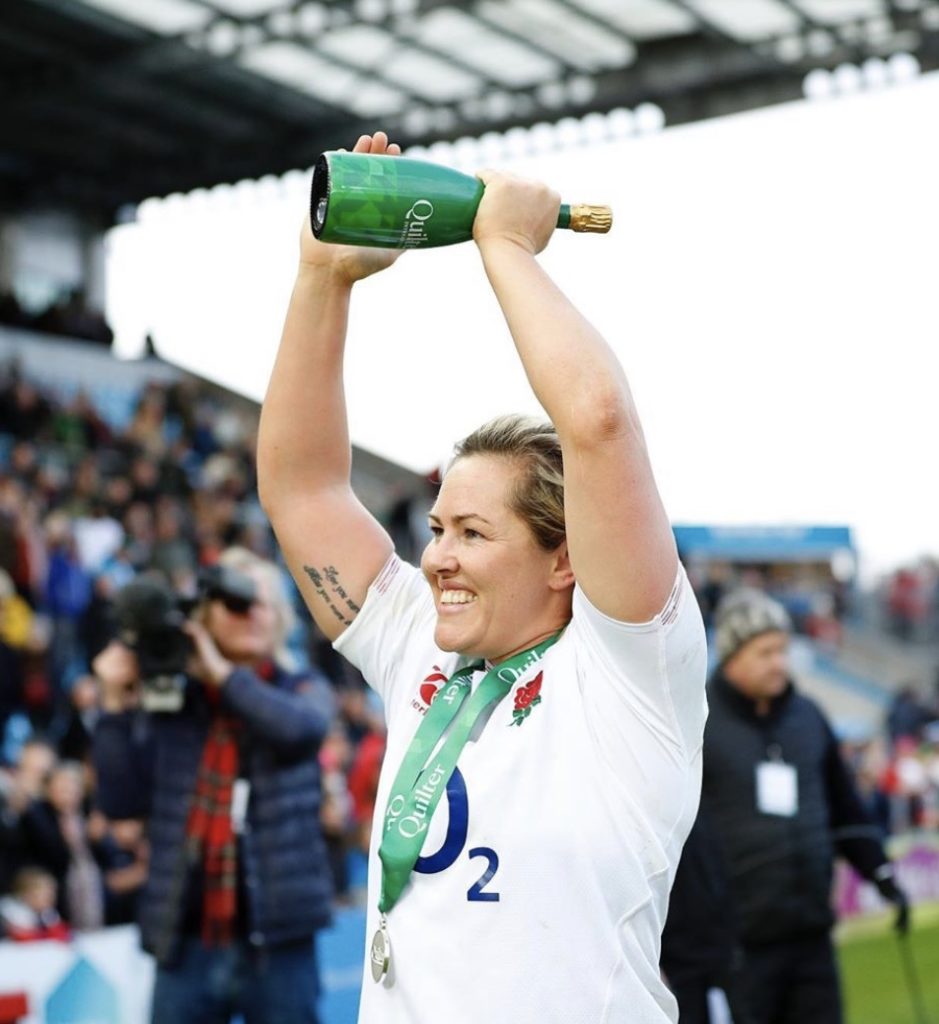 Packer currently plays for leading Premier 15’s side Saracens Women, where she has won 2 back-to-back titles in 2018 and 2019. Marlie has won multiple honours in her rugby career to date. She was a Women’s RWC Winner in 2014 and has also won five 6 Nations Grand Slam titles with England, the latest in Nov 2020. Other achievements include Saracens Women Coaches Player of the Season in 2020 and was ranked in the top 10 for World Rugby Player 2021 and Premier 15’s Player 2022.

Multi-talented Packer is also a plumber by profession and has an NVQ3 qualification in the trade, an experienced public speaker and has made numerous media appearances as a TV commentator. In September 2020 Marlie became a working mum with the birth of a baby boy, Oliver as well as being a mum to her two fur babies, dogs Cookie and Rollie.