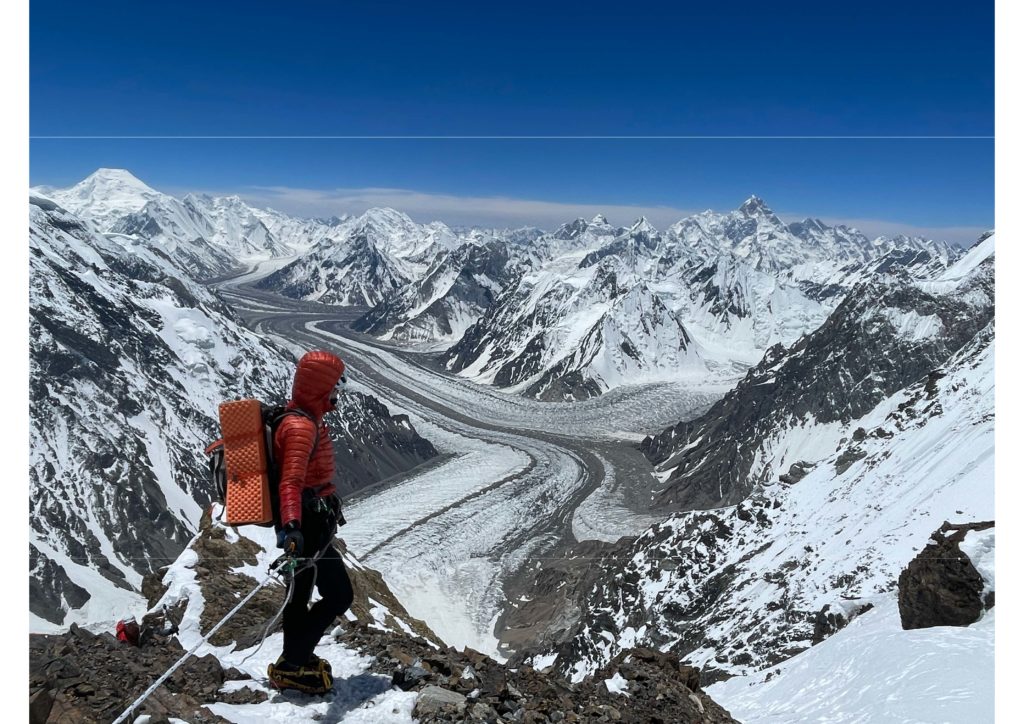 Having competed & excelled in the 2015 Marathon des Sables and excelling in ultra-running she soon moved on to greater heights with her mountaineering exploits.

In 2021 she climbed six 8000-meter mountains. The British mother of five children aged 12 to 18 had limited high altitude experience, with summits on Island Peak and Ama Dablam, but deep inside, she wanted to try the hard ones saying, let’s begin with K2!

Along with British Professional Mountain Guide, Jon Gupta, they started with Everest and Lhotse as a “warm-up’ for K2 but overall climbed on six peaks reaching the main summits of three.

Determined to show the world that a mother of 5 can do anything she is an inspirational example of female empowerment at its very best with some big ambitions for the years ahead.