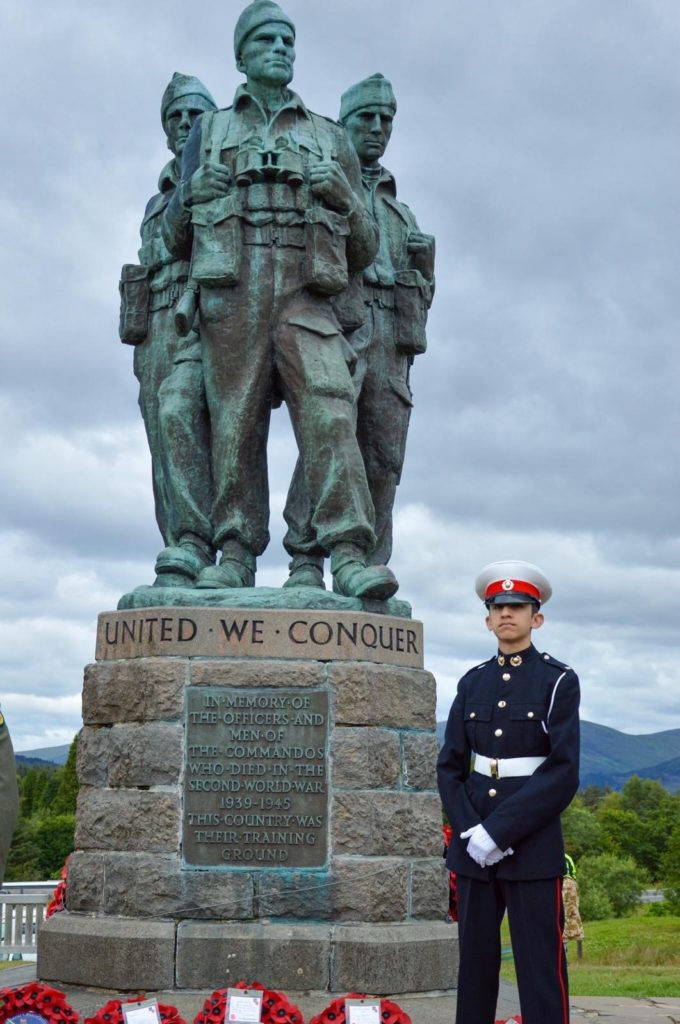 Salahudeen Hussain (Sal) is a Cadet Corporal in the Royal Marines Cadets (RMC), Sheffield detachment. He is are part of X-ray Company and the RMC is a part of the Sea Cadet Corps charity.

Sal is 15 years old and studying to take his A-Levels in September 2021. He has won academic scholarships to school and aspires to read Medicine at university and become an officer in the Royal Marines.

He is the youngest person to have completed the world famous ‘Fan Dance’ to raise money for his detachment and The Special Boat Service Association (SBSA). The Fan Dance is an integral part of British Special Forces selection. It is a 15 mile load bearing march over Pen-y-Fan in Wales. It is legendary and notorious in equal measure. He carried 35 pounds plus food and water during the event.

The Special Boat Service Association (SBSA) is a charity that provides an extended welfare system to its members. There are, sadly, a growing number of members and their dependents for whom, through physical or psychological injury, bereavement or adversity, the SBSA now has a responsibility.

In 2022 Sal was nominated for the Young Achiever Award at the British Muslim Awards.