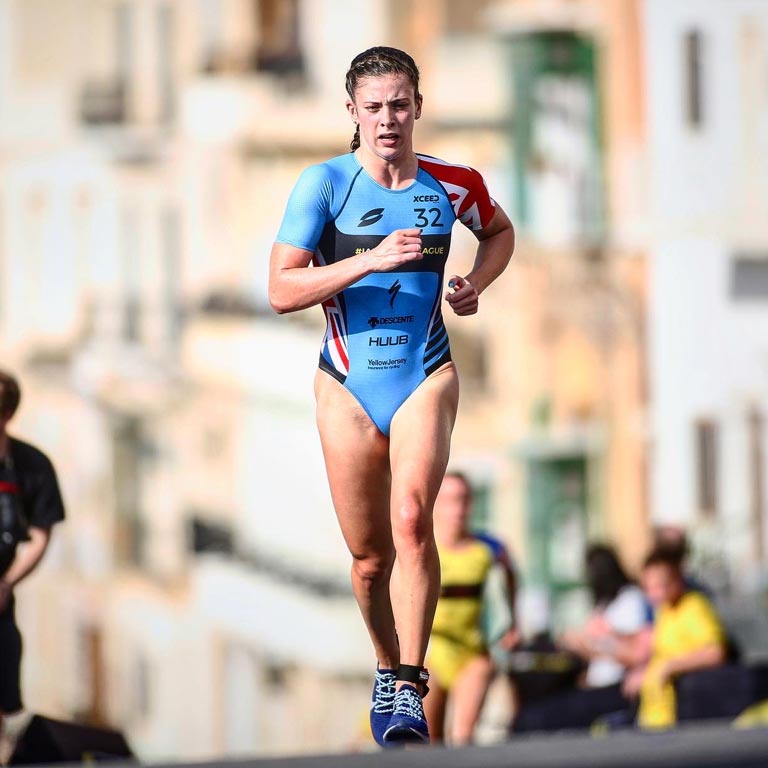 Sophie Coldwell is a leading Team GB triathlete and currently World #5 in the Official ITU Rankings.

Sophie enjoyed a medal-winning 2019 with the Brit taking gold at the Cagliari ITU Triathlon World Cup. She was part of the British Mixed Relay team that won gold in Nottingham and silver in Edmonton. She achieved a top ten finish at the Tokyo ITU World Triathlon Olympic Qualification Event alongside Vicky Holland and Non Stanford.

After a dormant 2020 she has bounced back in style in 2021 placing 3rd in the SLT Arena Games London and claiming a brilliant 1st place in Rotterdam. In mid-May she then claimed a best of British 6th place in the ITU Yokohama, Japan triathlon. Sophie has been selected to represent Team England at the Commonwealth Games in Birmingham later this year (2022).

Sophie is just as multi-talented off the triathlon circuit. She is a proud, passionate campaigner against animal cruelty and is a huge lover of pets. She regularly trains with her 2 rescue dogs (Poppy & Rocco), takes care of her tortoise Herman and rears 8 rescue chickens named after drag queens! She is also a qualified nail technician regularly painting her female teammates nails before competing.