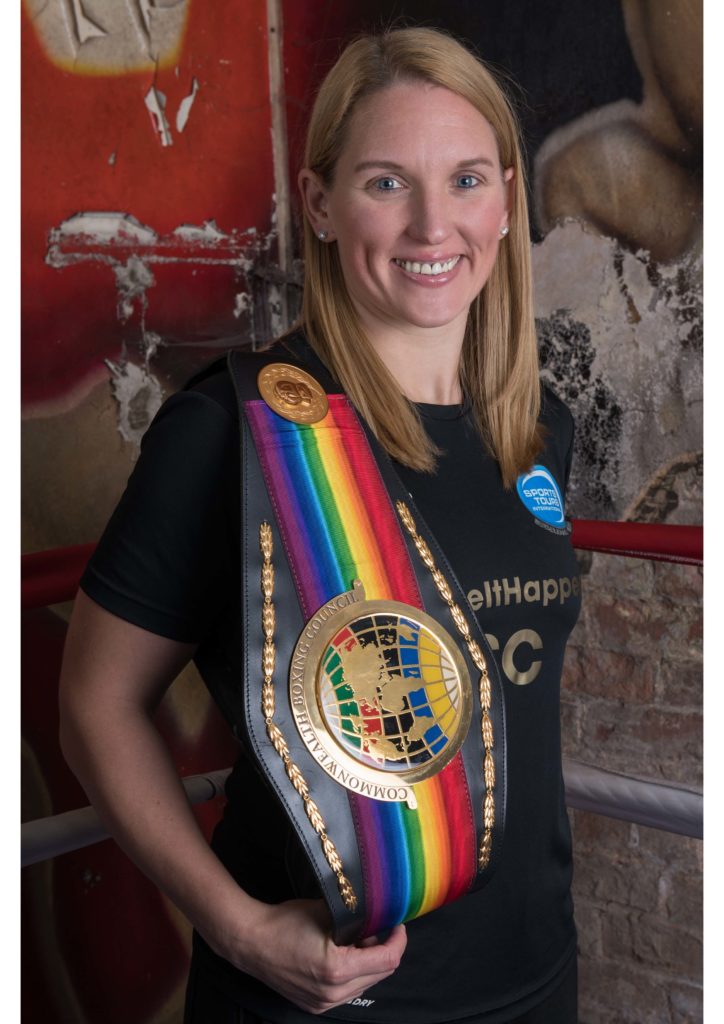 Stacey Copeland is an ex-professional footballer turned professional boxer, paving the way for girls and women to realise their full potential through sport.

During Stacey’s football career she competed in the women’s premier league, an FA Cup Final and represented England’s U18s. Stacey then turned to boxing in 2011 and went on to win European silver and in 2018 become the first British female to win the Commonwealth Title.

Outside of boxing, Stacey works at Parrs Wood High School in Manchester, she gives motivational talks at schools, colleges and other organisations and is an ambassador for Sports Tours International. Stacey has recently given a talk in European Parliament on women in sport as well as delivering a TEDX talk in 2017. In 2017, Stacey set up the ‘Pave the Way’ project in partnership with Greater Sport Manchester and Parrs Wood High School.

Stacey’s aim is to champion strong female role models for girls and women to aspire to, and to highlight the important role of women in sport.