GB slalom canoeist, Adam Burgess, talks about his journey from junior paddler to one of Britain’s best over the course of 12 years. On and off the water 2021 Olympian Burgess has faced injury and surreal experiences, however the development of his personal philosophy and a re-defined drive has led him to multiple successes.

Preparing for success and overcoming setbacks is a common challenge in many elite athlete’s careers.

Adam Burgess began canoe slalom at the tender age of ten at his local club Stafford & Stone CC and it wasn’t long before he knew that he wanted to continue the sport to its highest level. He represented GB at the age of 14, and at the age of 16 he moved to Nottingham to train full-time at the white-water centre. Fast forward a few years, Burgess completed his studies and moved to train at the Lee Valley White Water Centre, London. Despite high rankings throughout his junior career and a “breakthrough” year which saw Burgess 5th at U23 World Championships and 4th at his first Senior World Cup, 2013 threw a curveball. 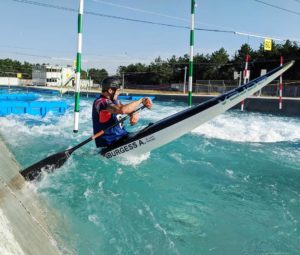 “It has been a journey…” Burgess notes, “I fully believe I would not be where I am today though without the setbacks, they can be our biggest lessons”.

Burgess suffered a stress fracture to his lumbar spine that forced him out of the boat completely for six months, making his return in 2014 somewhat of a steep learning curve: “My doubles career (C2) was going well, we were already competing at senior level, but C1 has always been my passion and I was feeling a bit forgotten by the national federation. I made the final at U23 World Championships again that year but messed up the end of my run and finished in 9th.”

Nonetheless, Burgess’s luck began to change when he moved to London and met a new coach from Spain. The following season he made the senior team for first time, won gold at the U23 World Championships in Brazil, and made the final at the Senior World Championships. In 2016 Burgess became a regular finalist on the senior circuit, made the overall World Cup podium, and broke into the top 10 World Rankings. The successful streak was soon broken however, with Burgess’ following seasons plagued by a shoulder injury. 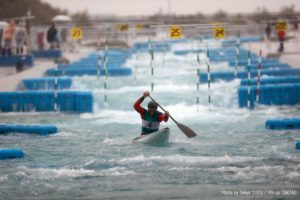 Rather than focus on the negative Burgess decided that it was time for change. With the help of a close support team he finally found how to keep himself fit enough for consistent results at a high level, and he bases this on both an individualised programme and outlook – “2019 was a year never to forget. The mentality shift simply would not have happened had I not experienced the setbacks.”

The shift is what allowed Burgess to bring his A-game to the Olympic trials. With only one place up for grabs the field was extremely competitive, especially as he was pitted against his own friends which caused some “conflicting” feelings surrounding the achievement of his dreams. “I told my support team in a planning meeting and I could tell that they believed it too” Burgess explains. “On paper I was probably the underdog, but we knew how affected by injury my past two seasons had been. We believed that keeping continuity of training was the key for me. The more people I told about my vision though the more my confidence grew. It was the look in their eyes as I told them, I knew that they believed it too.” 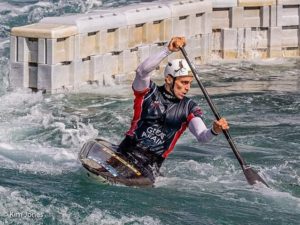 A key part of Burgess’ mentality shift was his ability to make decisions under pressure, staying calm and collected in the face of victory. He claims that in previous competitions he has suffered from “paralysis by analysis”, overcomplicating his race plan and wasting precious mental energy. Now, he relies on “instincts and responsible planning”, meaning that “when the stakes are high, rather than nervously try to figure out a solution to the puzzle [I] focus on something simple” and then lets the instinctual canoeist he has become to take the blows the course delivers.

Burgess also accredits yoga and exposure training to his ability to keep his cool. Effective breathing and overcoming the mind by taking the plunge in an ice bath gives him not only confidence, but a feeling of ultimate strength. Additionally, he aims “to pursue optimal preparation and recovery strategies relentlessly”, meaning napping after training sessions is a high priority “not only to help the body recover but to create stronger neural pathways and embed learning”. 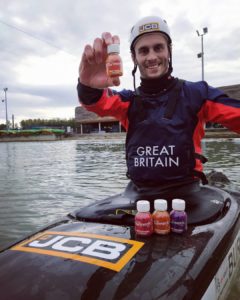 2021 is set to be a big year for Burgess. Due to the Tokyo Olympics being pushed to 2021 Burgess will have the opportunity to compete in both the World Championships and Olympics with only months between the two. The circumstances are unique yet also challenging, so the bar is “set as high as it can [be]”. Burgess’ attitude towards the potential bumper-crop year of 2021 is one of composure and ambition. “We must dream big” he writes, “the focus though is about getting to those start-lines in the best physical, mental, and technical shape I can be to produce a performance.”

He describes the goals he has set for himself as “big”, “scary” and “exciting”, but also admits that his Olympic dreams are what get him “out of bed to train on a cold morning”. The setbacks have only made Adam Burgess and his team stronger. The stakes are high but the fire remains stoked.