Charity ‘Gloves Up Knives Down’ launched a ‘Preventive Intervention’ scheme that aims to reduce knife crime on the UK's streets by giving kids a free-starter boxing kit and lessons – providing a positive path in life than that of a life on the street. We spoke to co-founder, David Edgell, about the fantastic charity, their A-list boxing supporters and their ambitions for the future.

What is the Gloves Up Knives Down charity?

GUKD is a Community Interest Company charity, dedicated to engaging with youngsters at an early enough age to present a worthwhile alternative to a life on the street, in a safe, supportive and nurturing ‘family’ environment. We are passionately driven by what our exclusively written treatise refers to as Preventative Intervention. 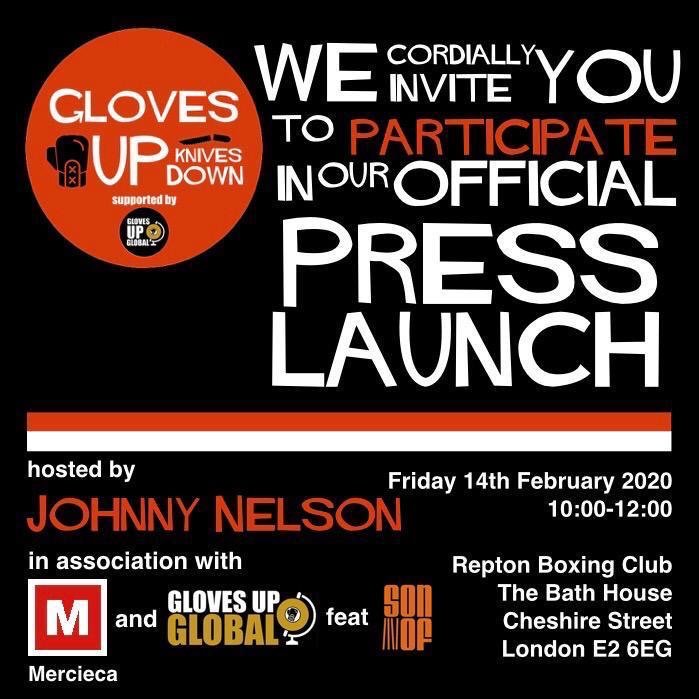 Why was it established?

GUKD was originally established as an awareness initiative by the five founders Joe, Finn, Dane, Ian and David, following a relative being stabbed amidst the increasing prevalence of knife crime in London. We sought to capitalise on the trust, goodwill and contacts within the boxing fraternity to back us, and we set about spreading the message on social media platforms. We started with a striking graphic on Tee shirts, that have now become a prestigious badge of honour due to the take up of high profile boxers such as Tyson Fury. 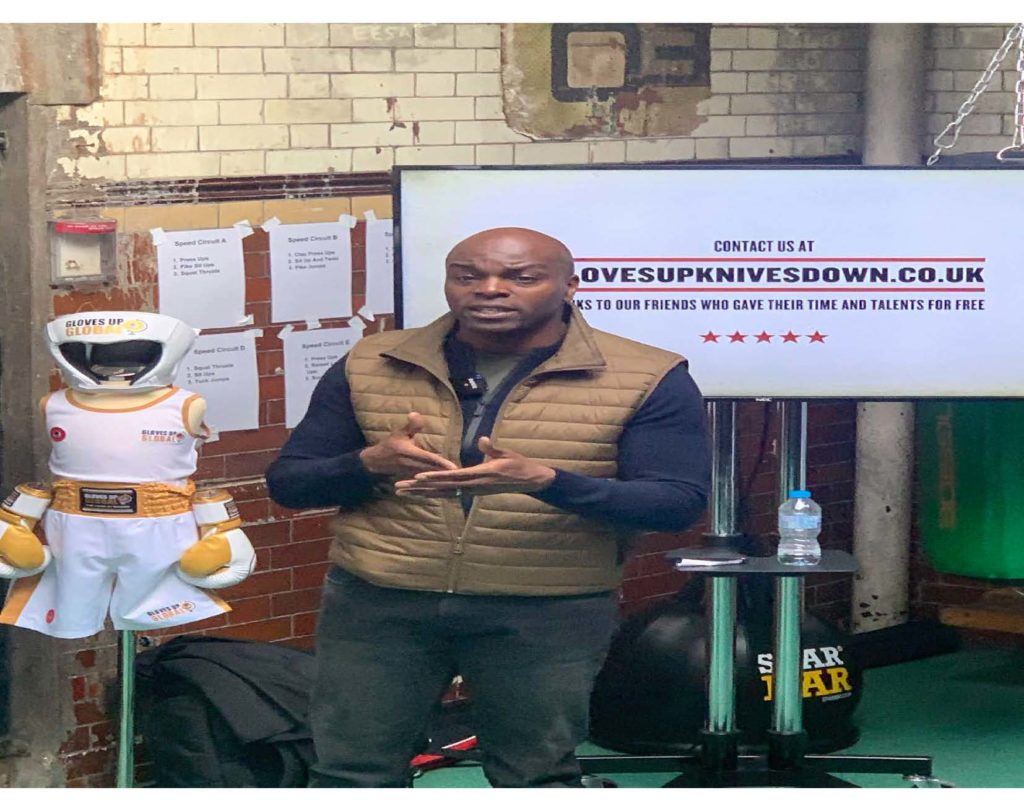 There are many people that have helped, and continue to support us, and are involved to varying degrees to help spread the message. Without doubt, the best young boxers in the country who attended our formal launch at the Repton Club are amongst the most high profile both actively boxing and ex boxers. In fact, we have recently conferred our first ambassadorial appointment on Isaac Chamberlain, and we are very proud to have done so. We have a very special relationship with The Repton; Johnny Nelson in the media is a big banner waver, as is Mayor Elect of London Shaun Bailey. We are indebted to Mercieca for their support communicating with the media. We cannot forget Son Of for writing and performing our anthem ‘Put the Glove on’…which is the soundtrack to ‘The Gift’. 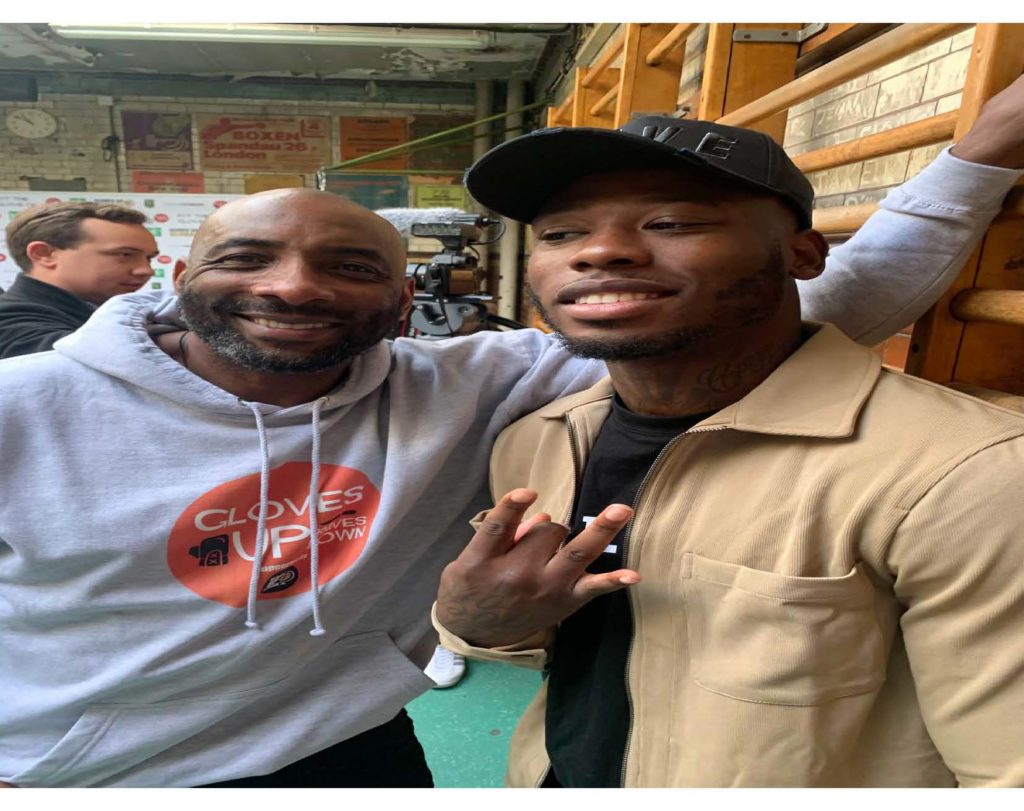 Where & when did you launch?

After 9 months developing our offer with product, gaining traction on our social media platforms and formalising our structure, identifying our objectives and achieving academic veracity from Prof Joana Costa, a noted United Nations Child Psychology consultant…we launched at the world famous Repton Boxing Club in Feb 2020. It was very well attended by boxers, backers and the media. 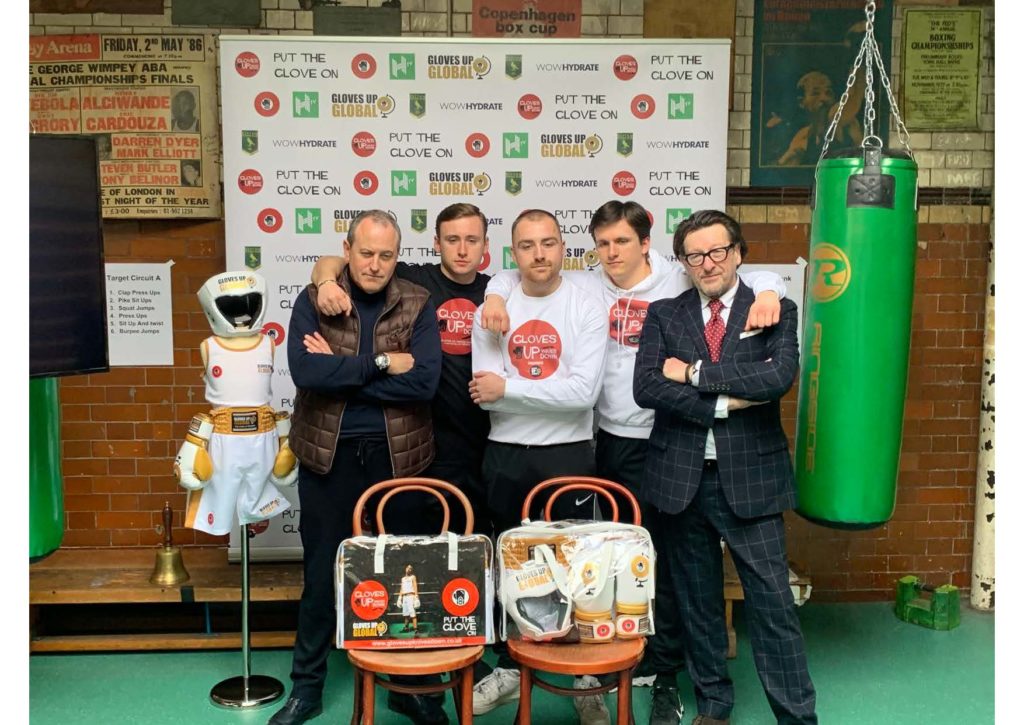 What difference have you made to date?

We are without doubt the benchmark for launching a charitable initiative of this type. We have inadvertently spawned a number of limited company copyists with close name variations to GUKD. I guess that’s something! That aside, we have hosted a number of community events at local gym throughout London and the South East, that have been well attended particularly by families who are very keen on what we are trying to do for youngsters. For every youngster that is the recipient of the offer of a free starter kit and two lessons, we estimate the viral effect will grow exponentially.

Who are your ambassadors?

Our first young ambassador was, whilst he was initially within our targeted age range, and remains so now he has turned 14, Kye Didloff-Lacy. He features in our promo video ‘The Gift’.  Our first professional ambassador is Isaac Chamberlain. We are working toward nominating a wide ranging raft of ambassadors later this year. 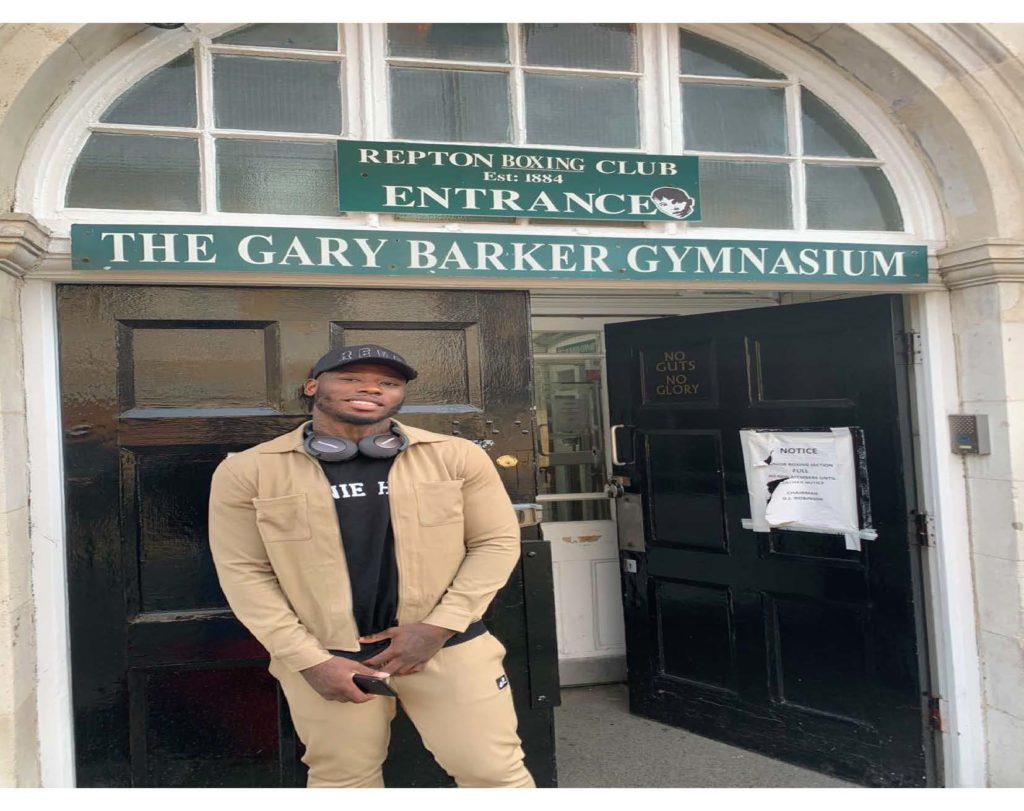 Why did you choose to partner with Isaac Chamberlain first?

Isaac is a rising star, with a bright future. He attended our launch event, and engaged with us in a very profound, sincere and humble way. He has a compelling back story of his own to tell, and appreciates the efforts we are making for youngsters. He is an excellent communicator and a talent for youngsters to look up to. We very much hope, in the post virus world, to have a fruitful and long-lasting collaboration with Isaac.

How did you cope as a charity in lockdown?

It has been very tough for us, the lockdown coming within weeks of our launch. The launch was obviously intended to present us to serious donors both in and out of the boxing world…including the government obviously. That having been said we collaborated with Isaac for a nationwide poster campaign that consolidated our relationship with him for all to see, and contextualise us within the broader sports framework. Naturally with clubs closed, we have not had the same amount of events or new social media posts as previously. Happily, we have been approached-sorry I can’t divulge by whom, to work together which will consolidate our close ties with boxing at large, and get our kits out nation-wide.

What are your future plans for GUKD?

Well, we now have a financial objective, whereby 95% of our income goes to providing the kits and lessons for youngsters. We are now actively seeking donors, and our proposition for them factors in the number of clubs, schools and potential beneficiaries of our offer. We want to achieve sustainable growth in the UK, and with the correct partners, make GUKD a global success.

In closing, if for any reason just ONE young beneficiary of GUKD has been able to practically handle themselves as a result of what we have provided, avert a violent conflict and walk away,  GUKD will have been a success.

Please visit www.glovesupknivesdown.co.uk for more information on the charity.

More details on the launch can be found in the below World Boxing News article:

"The most fun in 60 seconds you could ever have!" | Adam Baird, GB Bobsleigh