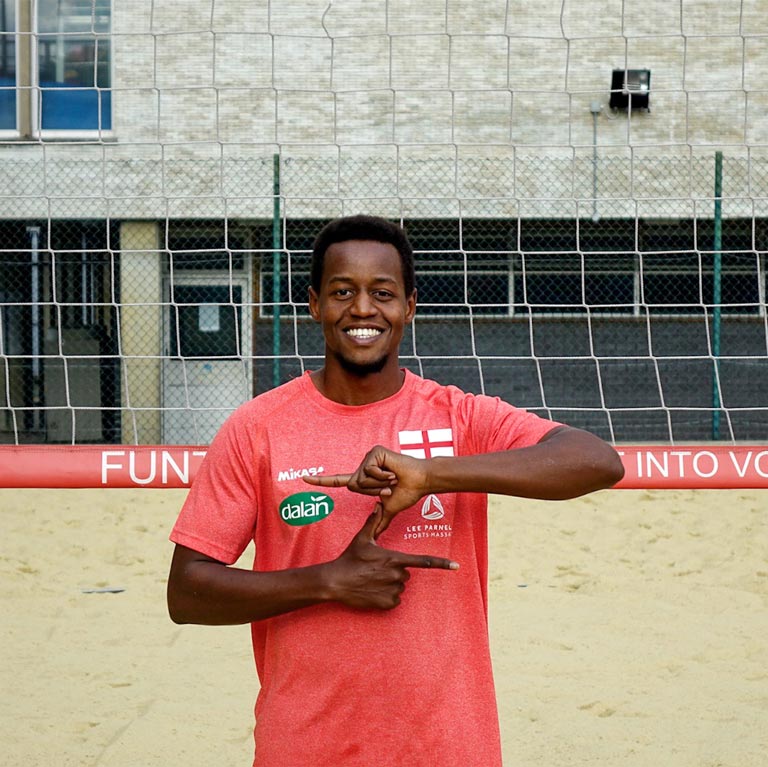 Issa Batrane is a British Beach Volleyball athlete representing England and Great Britain on both the domestic and international circuit.

He has had early success already claiming multiple senior British championships in 2018 and 2019 and has had his eyes set on European and World titles as well as Commonwealth and Olympic success. Issa was awarded the UK Beach Tour Most Valuable Player in both 2017 & 2019.

Issa also does not shy away from the fact that he is surrounded in a sport with athletes that mostly don’t look like him and have come from very different backgrounds to himself. This is why he is committed to impacting a better and more equal world and hopes to use his sporting platform as a catalyst for change.

Alongside Beach Volleyball Issa is passionate and determined to have an impact off the court as an advocate of Diversity and Sustainability. Being so passionate about the environment stems from travelling to different beach locations around the world with his sport and seeing first-hand what is being done to this planet and now he is using his sporting background, platform and various initiatives and business networks to make people more aware and impact change across all levels. Issa and teammate work with The Tumeric Co. to champion sustainability and fuel their training as well as working with Hylo Athletics to inspire positive sustainable change as one of their #AthletesForPlanet.