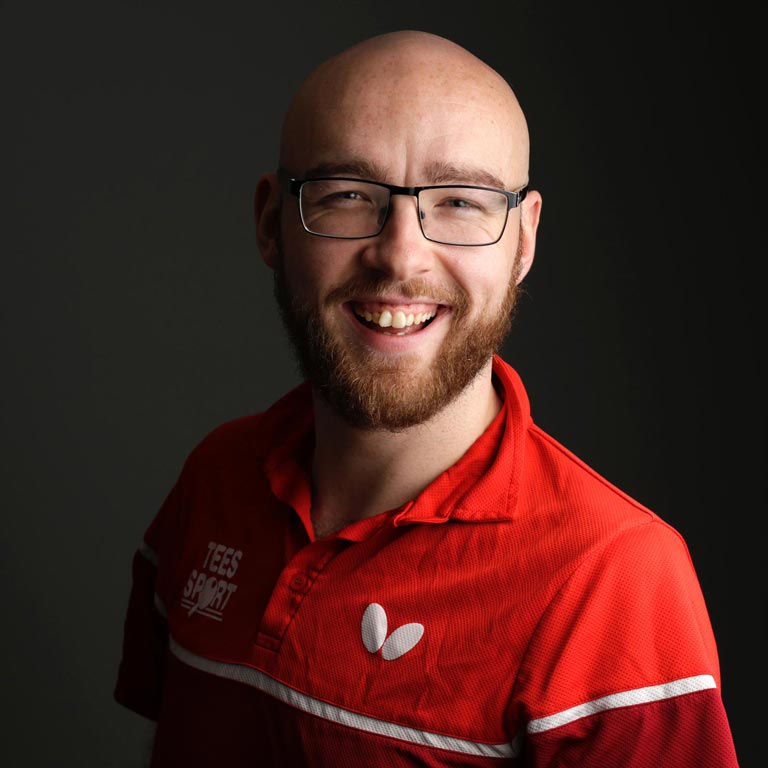 He was born with a condition known as Congenital Limb Loss & Deformity resulting in him being born with no hands and only one leg. Growing up with three older brothers, Martin wasn’t allowed to feel sorry for himself as they made sure he was included in everything, including sport. Martin played many sports including football, rugby. basketball and athletics until he found table tennis.

After witnessing the Paralympics GB table tennis team win two medals at London 2012, Martin knew he wanted to dedicate himself entirely to the sport. In 2015 he had earned an invitation to train full time with the British Para Table Tennis Team. Martin’s current world ranking puts him at No.19 with 51 International Medals. His full time training consists of practicing for up to 5 hours a day, and in the gym at least 3 times per week. All of Martin’s training and dedication is necessary for him to qualify for Paris 2024.

Martin is also a motivational speaker delivering presentations on overcoming adversity, resilience and harnessing problem-solving skills. In May 2021 he announced his biggest ever brand partnership with Kangen Team UK, the alkaline water filtration machine specialists.