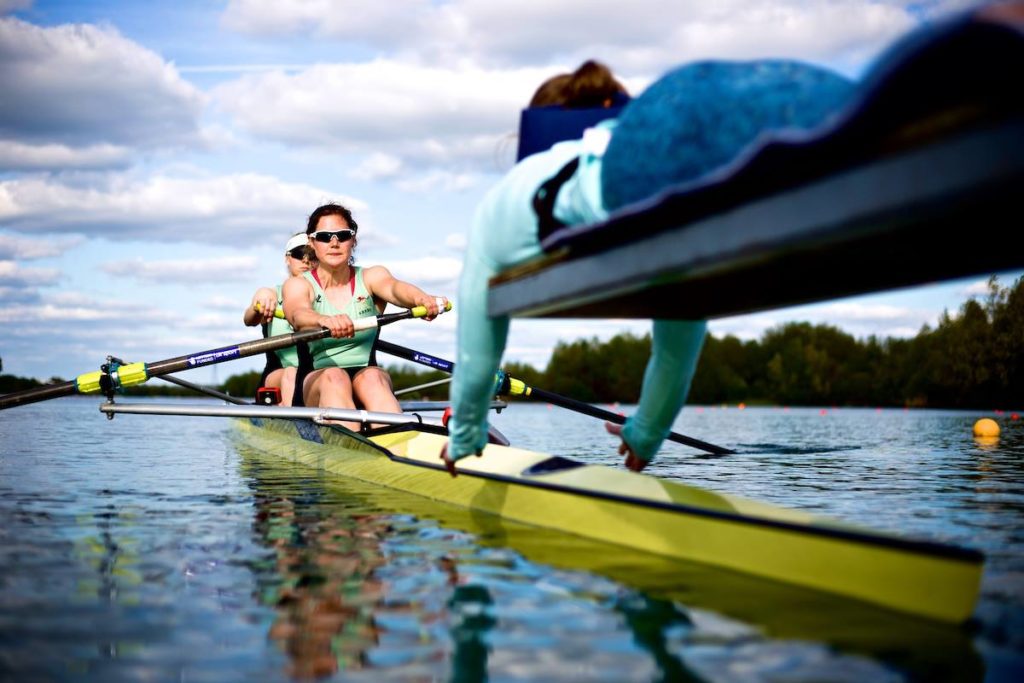 Melissa Wilson is an A-finalist in three World Rowing Championships, a World Under-23 medallist and Boat Race winner, with a passion for developing athlete-led environmental advocacy.

Melissa learnt to row at university, where she fell in love with the close team dynamics of the sport and the opportunity it provided to challenge physical limits. After her first year, she was selected for the Cambridge Blue Boat in 2013, racing again in 2014 and 2015 (which was the first year the Women’s Race moved to the Tideway). Having won silver and bronze medals at the 2014 and 2015 Under-23 World Championships, Melissa took a year out to train with the GB Women’s squad in the run-up to Rio 2016, before returning to Cambridge for a two-year condensed Law Degree. In 2017 she stroked the Blue Boat to its first Boat Race win in five years, setting a course record in the process.

In the summer of 2017, Melissa placed 4th in the world at her first Senior World Championships in the Women’s Pair, with her Cambridge teammate Holly Hill. The following season she switched to sculling (two-oars), and was selected for the top women’s sculling crew-boat in 2018, 2019 and 2020, qualifying the boat for the Tokyo Olympics in the process. In March 2020 she was selected as part of the GB Rowing Squad for the Olympic Games, but the Games’s postponement a few days later combined with a series of injuries over the following eight months left Melissa unable to compete for a seat at the delayed Games.

Despite this knock-back, over her time in sport Melissa had grown increasingly passionate about the environment – and decided to put this passion to use. Over the course of the Covid-19 lockdown she joined the group Champions for Earth, and in the summer months of 2020 wrote a letter to the UK government calling for a Green Recovery to the pandemic. The letter was signed by over 320 GB Olympians and Paralympians, with over 200 stories written about it and a potential reach of over 343 million people. Following the letter, Melissa sought to identify what could further unlock the potential of athletes as advocates for environmental action, working with Team GB in the run-up to the Tokyo Games and developing athlete education with AimHi Earth which was delivered to GB athletes ahead of the Olympics.

In September 2021 Melissa founded Athletes of the World with fellow AMG athlete and double Olympic Champion Hannah Mills OBE, to harness and expand the power of athletes as sustainability advocates. Their ‘Dear Leaders of the World’ video, written to global leaders to encourage ambitious policies at COP26, included Olympic flag-bearers from 35 countries and athletes like Andy Murray, Tom Daley and Eliud Kipchoge. It was supported by the IOC and UN Environment Programme, and was viewed well over a million times.

Visit www.athletesoftheworld.org for more & to view the video.