After missing out on a medal at the Rio Olympics, Dylan Fletcher Scott is determined to medal in Tokyo. But, as well as Olympic glory Dylan is looking to find himself on the podium of the Sail GP.

Dylan Fletcher Scott is busy. Between training for the Olympics, competing in the Sail Gp and taking part in beach cleans, he feels a responsibility to help educate and raise awareness about the growing issue that is ocean plastics, he does not have a lot of spare time.

Whilst he may be enjoying competing at the top level in sailing on numerous fronts, it wasn’t an easy, or orthodox, route into sailing for Dylan.

Growing up, Dylan’s parents were successful ballet dancers who tried to get him to pick up the family trade. He ‘was having none of it’, and rather than the arts, Dylan’s focus was on sport. 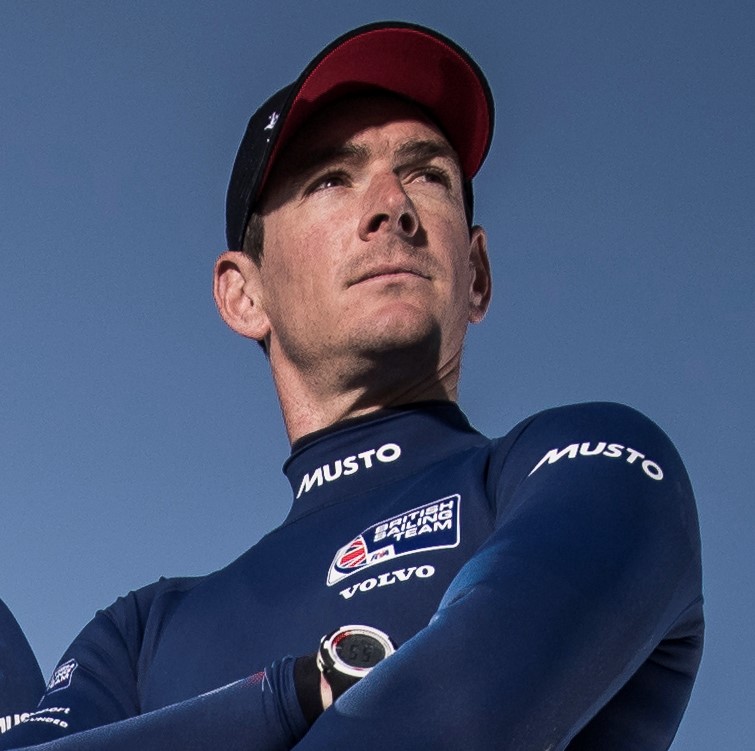 At 11, he went on a sailing course and fell in love with the sport. Whilst it may not have been what he wanted to do as a profession, the entertainment industry did play a part in his sailing journey.

“Because Mum and Dad were ballet dancers, I had an agent, so I was on The Bill and other bits and bobs, so I was able to buy myself my first boat.”

It wasn’t long before it was apparent that Dylan had a future in the sport and, at age 18, he was selected to be part of the transitional squad.

Whilst it wasn’t funded, the squad occupied the space between youth and Olympic sailors, Dylan knew it was an opportunity he could not turn down.

“When I was 16 years old, I decided that I wanted to be an Olympics sailor and win a medal.

“I turned around to mum and dad and said I was going to differ University for a year and pursue sailing.

Whilst it is not the normal gap year, pursuing a career as an Olympic athlete, his results improved, and Dylan realised he had a real chance to represent his country. The conversation around not attending university all together was a harder one.

“But I’ve been told that I’m determined and committed, certainly sometimes overly so, but I just threw myself at it. The only way I was going to get there was to do everything I can.”

Having got himself onto the fully funded programme, Dylan was selected for the Rio 2016 Olympics.

For Dylan, the feeling of competing at an Olympic Games was amazing, and something that you do not experience in sailing on a regular basis.

“The whole atmosphere of being part of the team and representing your country is something unique to us sailors. The feeling you get from the country being behind you and how many people get into it in those two weeks is just amazing.”

After missing on a medal, the Rio Games lit a ‘fire in his belly’ to ensure he was not left disappointed next time round. 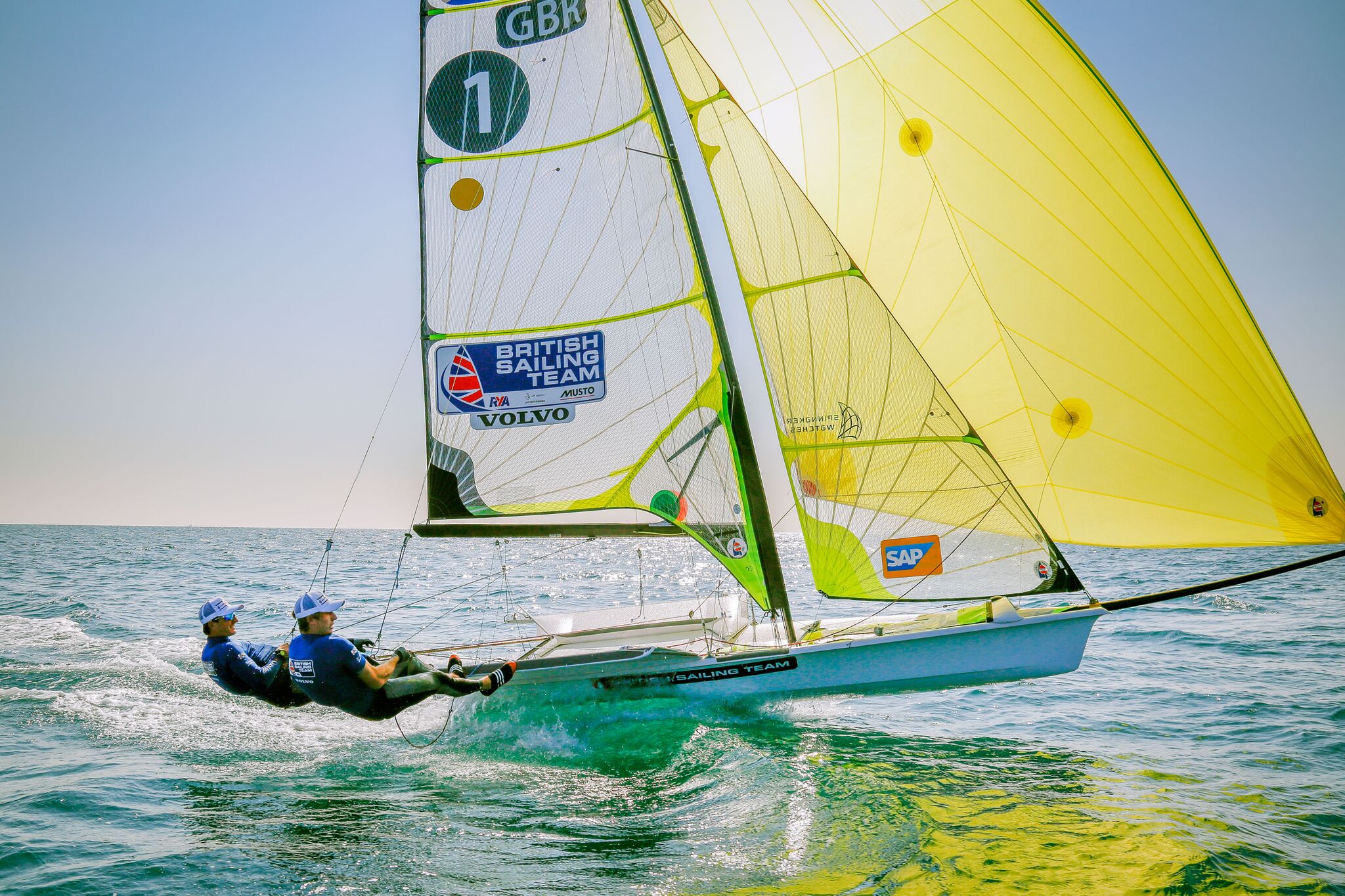 “I wasn’t depressed, but it was certainly a comedown. I had just spent 10 years of my life training and I just missed out on a medal.”

The pressure of representing your country, coupled with the heartbreak of missing out on a podium finish, would affect most people. But, rather than avoiding the pressure and expectancy, Dylan’s reaction was to throw himself straight back into the sport.

“When you’ve got that pressure, the pressure of doing a nation, yourself, your family and friends proud, that feeling makes it more special when it does go well.

“Pressure is a privilege. If you don’t feel pressure, it’s because you’re not in a position where what happens matters.”

After Rio, Dylan’s career changed direction as he and Stuart Bithell, Dylan’s former Great British rival and Rio Silver medallist, teamed up to race in the 49er category.

“Pressure is a privilege. If you don’t feel pressure,
it’s because you’re not in a position
where what happens matters”

The competitiveness that had existed between the pair posed no problem for the pair, as it became apparent that not only did the two make formidable partnership but got along off the water as well.

“As soon as we started sailing together is was quite obvious we got on really well.

“The speed of the boat married very well with how I steered, so instantly when we jumped in to sail in together, we were fast straight away.

“One of our strengths is that we are quick, and we’ve really been able to build on that and develop a style of sailing that has allowed us to be consistently up there. 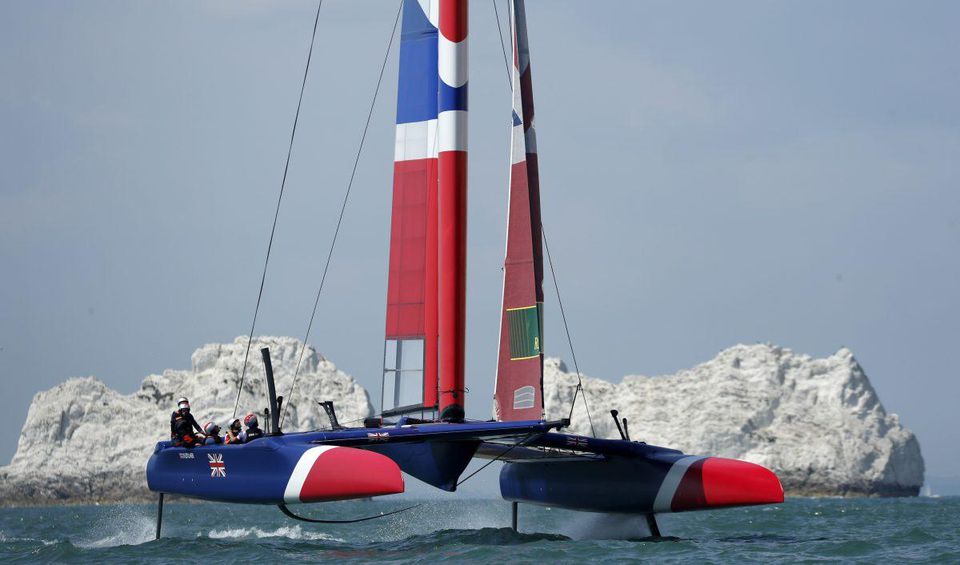 “We have chosen to operate, both as a team and as a campaign, to increase the level of professionalism than either of us had in the past.”

Alongside his Olympic pursuit, Dylan now competes in Sail GP. The competition is forming a sailing circuit that draws in the crowds, as well as TV viewers, through consistent sailing events throughout the year.

“With Olympic sailing, you do 4 years training for a World championships, European Championships and World Cup events, but they go largely under the radar.

“They’re not on TV and it’s very low key until the Olympics come around. But Sail GP is obviously trying to create a sustainable circuit where people are going to want to tune in on the TV and come down and watch.”

Whilst he ensures that nothing is like the tradition and heritage of the Olympics, Sail GP is the adrenaline pumping, high speed racing that tests your abilities as a sailor, as well as allowing for more frequent and consistent competition within the sport.

“I’ve never been involved with a team this size, all working towards the same thing and it is incredible.

“It is the best racing for adrenaline. This is just flat out racing. It pushes you harder than anything else, both cognitively and physically.

“We’re doing it at this breath-taking speed on these close, short courses which makes it amazing to watch and amazing to race in.”

At Cowes Week, the British leg of the Sail GP circuit, Dylan and his crew became the first to travel at over 50 knots.

“It was insane, on home waters right in front of Cowes, to be the first boat over 50 knots. I think it really showed our progression.

Dylan also acknowledges that the live line technology employed in Sail GP can open up sailing to the masses and attract a wider audience to the sport.

“It has allowed sailing to become something you can understand when you tune in, it’s not like the Olympics where you don’t know what’s going on.

“Sail GP has broken a barrier and opened it up for everyone else, hopefully that is something we’ll see in the future of Olympic sailing.”

“I wasn’t someone sailing boats from a
young age, I just worked very hard in
Olympic sailing to be the best sailor possible”

In terms of his own future, Dylan wants to be on the podium. Whether that is at test events, the Olympics or at the conclusion of this season’s Sail GP.

“Ultimately, I want to win gold next year in Tokyo and win the million dollars next year [by winning the Sail GP].”

But alongside all his sporting ambitions, Dylan also wants to show that sailing is not a sport for the wealthy, and get more people watching and participating in the sport.

“I really want the sport to be in a better place. I want there to be more opportunities for kids to get into sailing and, hopefully by being part of sail GP, show a different route into this kind of world.

“I wasn’t someone sailing boats from a young age, I just worked very hard in Olympic sailing to be the best sailor possible.”

From Super Saturday to the Scotland 500 | Kat Copeland MBE

'Exploration has never been more important or urgent in human history.' PEN HADOW

The Athlete Media Group in 3 year partnership with Falmouth University