Having toured some of the world’s most hostile countries, it is no surprise that Special Forces veteran, Christopher Gaskin, is a big fan of pushing his mind and body through unimaginable extremes.

A typical weekend for Chris is a 50-100km run, and he considers this his hobby. Nonetheless, Chris found his curiosity piqued by the Marathon de Sables, a six-day, 251km ultramarathon, hailed as one of the toughest foot races around. As his body was conditioned by the many years of military training, the feat appeared easily within reach for the Yorkshireman, however he needed more structure in his training to prepare him well.

Like so many athletes, Chris found the race postponed due to the global pandemic. Consequently he sought a challenge to keep him focussed, deciding to give the Wainwrights 214 challenge a crack. Not only did Chris aim to set a fast time, but he also aimed to do the challenge solo and entirely unsupported, meaning he carried his own equipment and food whilst running up more than 500km of the Lake District National Park’s peaks. All but one of these peaks – Castle Crag – are over 1000ft in height, and the tallest – Scafell Pike – stands at 3209ft tall.

An advantage of Chris’s plan to be unsupported made his run environmentally sustainable too, leaving no trace behind, no carbon emissions, and water had to be sourced naturally. He also sought to eliminate any single-use plastics on his run, and partnered with environmentally conscious long-range fuel providers, Resilient Nutrition. Chris managed to complete the Wainwrights 214 in an epic 11 days. 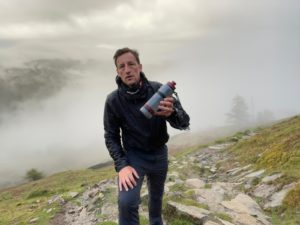 Though Chris was in peak physical condition for such a tough endeavour, what is obvious when speaking to him is his unfaltering mindset which he has fine-tuned over the years. Chris disclosed a variety of motivational factors which spurred him through his record-breaking run. Firstly, there was the personal: “I want to see if I’m still able to do some of these things. My mind may think that it can do some of these things, but my body may let me down” explains Chris. Secondly, there are the wider, positive repercussions: “I want to try to connect with the individual that is sat on the sofa that wants to do something but is really lacking that little bit of inspiration. I want to be able to touch those people. Whether they’re four years old or 50 years old, it really makes no difference because I think we’re all able to go out and do things from time to time”. 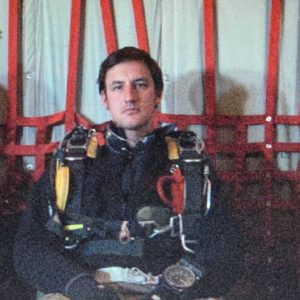 Not to forget his military training, Chris’s experiences in the Special Forces and as a trauma paramedic have allowed him to create a pneumonic he calls MINDSET, allowing him to reflect and assess his motivation, his inspiration, to never be afraid to fail but to never quit, his discipline, his awareness of the self, his social environment and his targets. “That’s pretty much what’s helped me throughout my whole career” admits Chris, “and it will continue to help me from on other challenges.”

Staggeringly, Chris details that he “never thought for one second that [he] wasn’t going to finish”. Having visualised the disappointment himself and others would feel if his attempt was unsuccessful, he was also sure to visualise the elation he would feel when crossing the finish line if he stuck to his plan. Such images and his MINDSET technique came in handy when the fatigue began to set in, especially on Day 11 when he decided to run through the night and attempt a 40-hour running stint, covering 140km with little rest. Evidently, his efforts paid off.

Chris’s record was by no means a selfish venture, as he also raised over £5000 for Walking With The Wounded, a charity which he has a natural affinity with. Having seen the effects of war on many people who dedicated their lives to such services, it was a no-brainer for Chris to try give back to the organisation. 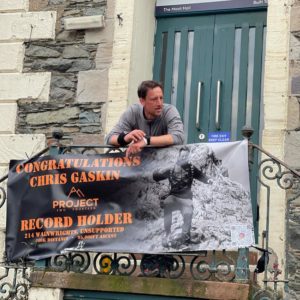 He was also determined to show that those with military backgrounds are not one-trick ponies and are well prepared for many challenges in life. It is certain that the Special Forces taught Chris how to plan logistics and operations, but perhaps his most instrumental skill is viewing the world in a positive light. “If it’s absolutely throwing it down outside, and nobody wants to go out my mindset is ‘well, at least it’s not too hot’ and then if it’s hot ‘at least I’m not cold’” – reframing the situation so that a negative becomes a positive is an essential part of Chris’s success.

With the Wainwrights 214 under his belt, Chris has set his sights on the rescheduled Marathon de Sables in October and is looking forward to taking it on as a team with other Walking With The Wounded participants. Though the race will not be a walk in the park (literally and metaphorically), it is hard to imagine Chris taking the bull by the horns with anything less than indestructible positivity.