Endurance athletes have been on fire during lockdown. More and more records have been falling as incredible athletes have pushed their bodies to the limit across challenging terrains across ridiculous distances. Kinanthropology PHD scholar Olivia Howe investigated the increasingly popular sport and unearthed some fascinating insight.

During a global pandemic, sport is sadly one of the less prioritised areas of human socialisation with most events being postponed or cancelled altogether. However this has not stopped endurance athletes from using the stillness created by lockdown, the results being an unprecedented amount of broken records. Whilst the world almost ground to a halt, the bodies of ultrarunners especially have been working at full tilt.

Statistics show that ultrarunning is continuing to grow, especially over the past few years. According to the study The State of Ultrarunning 2020, participation has increased significantly, with ‘a 1676% increase in participation since 1996’ globally. Not only this, but the report found that more women were engaging with ultrarunning. Participation numbers for women increased from 14% in 1996 to 23% in 2018. Naturally, the demand for events has increased too.

Sports marketing agency OC Sport reported in 2019 that ‘there are now 4,300 races recognised and certified by the International Trail Running Association (ITRA), and there are an estimated 10,000 events worldwide’. Sponsorship opportunities for endurance sports have consequently risen, with sponsorship spends reaching $118.8 million in 2015 according to the US-based IEG Sponsorship report.  Although the data is limited at present, the trends suggest that the sport is gaining a great deal of momentum.

2020 has (so far) been a memorable year for endurance sport.  A notable record which was set during the pandemic was by ultrarunner and paediatrician, Beth Pascall, who finished the Bob Graham Round in 14 hours 34 minutes in July. To contextualise this feat, Pascall ran 106km and up 42 peaks (27’000ft elevation) in the Lake District only to beat the previous women’s fastest known time by 50 minutes. According to irunfar.com, Pascall was only aiming to beat the previous time by 1 minute but a combination of adrenaline and hard training saw her through to a blinding finish.

Also in late July, Damian Hall broke the previous Pennine Way record by over 3 hours, setting a time of 61 hours and 34 minutes for a course stretching just over 431km. Hall also completed the run whilst cleaning litter off the trail, making his feat not only one of stupendous effort, but also carbon negative.

Many ultrarunners, along with other athletes, found their racing calendars cancelled and their seasons prematurely cut short. Pascall planned to go on a 6-month sabbatical with competing in mind, only to go back to work when Covid-19 struck. Day-dreaming ensued, leading to alternative methods of achieving some mileage. It could be argued that with the flurry of record-breaking ultra-running attempts July has seen, the pandemic created the perfect storm for some lonely training runs and re-focussing the athletic mind. This attitude has not been limited to ultra-runners either, with other athletes breaking records in their own domains: 25-year old Tom George broke the men’s 2km ergo British record with a time of 05:39.6, only to be beaten by teammate Moe Sbihi the following month with a time of 5:39.4. Both records were broken whilst training at home. Sbihi told Row360 that the lockdown provided him with a “great opportunity” to attempt the challenge.

What is particularly unusual about ultra-sports / endurance sports is the narrowness of the gender gap. Whereas many sports are divided by sex to ensure fairer competition, endurance sports such as ultra-running regularly find that the female athletes are just as fast, if not faster, than the male athletes. A recent case study is that of Jasmin Paris, who broke the Montane Spine Race record by more than 12 hours with a time of 83 hours, 12 minutes and 23 seconds. The men’s record for the race is held by American athlete John Kelly, whose time is 87 hours, 53 minutes and 57 seconds. To top it off, Paris was expressing breast milk at the checkpoints for her young daughter, along with the usual changing of her head torch battery lights and picking up a new map. What are the reasons for this closed gender gap, and why is it specific to ultra-sports?

It would firstly appear that although the male physiological advantages generally give men the upper hand in many areas of sport (larger heart, lungs, higher testosterone), this matters less when a sport event has a huge demand for psychological discipline. Studies have shown that women are better at pacing themselves and have a diminished ego when applying themselves to a race. After completing her Bob Graham Round record, Pascall responded that she “can’t complain” with how she felt. The combination of humility and determination often sees women such as Paris and Pascall not only turning the tables, but overturning them altogether. 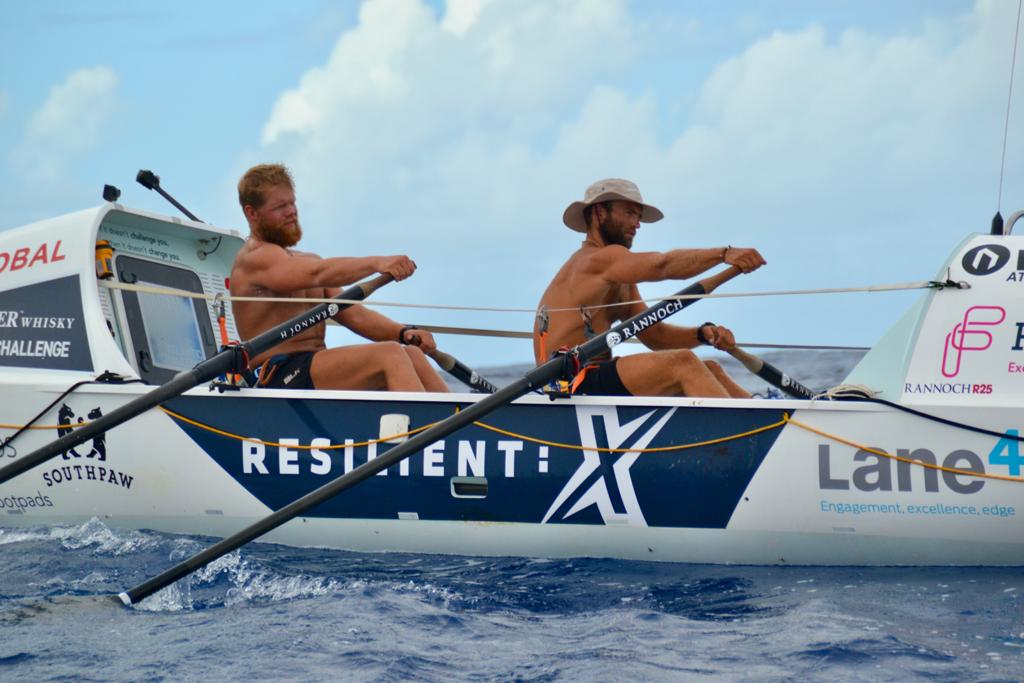 Due to how the past few months have unfolded in the sport industry, more extreme sports are beginning to step into the limelight whilst mainstream sports remain more hushed. As a consequence, businesses are becoming increasingly aware of the sponsorship opportunities which ultra-athletes may hold. A prominent example of such is long range fuel brand, Resilient Nutrition, sponsors of Atlantic world record-holding rowers Dave Spelman and Max Thorpe, ground-breaking sailor Pip Hare and ‘Brutal’ Claire Smith, who set off on a self-supported run from John O’Groats to Land’s End on the 16th of August 2020.

Ultra-athletes are keyholders to what the human body can achieve, embodying discipline, determination, and an extraordinary strength to go against the grain. 2020 has been an exciting year so far for endurance sports, and the future of these events are looking brighter than ever.

NOTE:  AMG are proud to be supporting Jake Taplin on his world record JOGLE attempt in 2021.  Visit www.jtaplin.com for more information and to pledge your support.  We are also pleased to be supporting the brilliant Nikki Love who is running ‘virtually’ across Australia at the moment.  Super-humans, the pair of them!